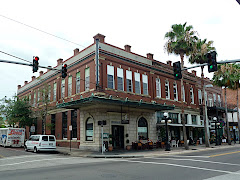 Watching cigars being made by one of a few remaining artisans in Ybor City I almost regret that I don’t smoke. Unless one counts those rare drunken occasions, when it suddenly seems like a grand idea. But even then I fail to appreciate the effect. Perhaps I would smoke cigars, if they were still hand made luxury items. And if relaxing after dinner in a fine company over a cigar was a socially accepted activity. But it never really was, not for women anyway. Cigarettes replaced cigars and television filled after dinner time before women became formally equal to men. 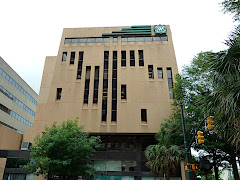 We are merely driving through South Carolina this time. No time for more than just a cursory glance. We probably should stay longer. This is not your average state. None really is. It’s late, so we opt for a meal in a chain restaurant. As chain restaurants go, this particular one is lower upper shelf. The nice thing about chains is they are familiar. Nothing really changes anywhere. Or so we thought. The greeting lady welcomes us asking ‘two for non?’. Huh?