Extinct volcanos are bound to be disappointing. We expect to arrive at the scene of a catastrophe. We end up admiring picturesque hills. I guess Pompeii is an exception: a city buried under ash, destructive power of the explosion preserving ancient artifacts for our benefit. 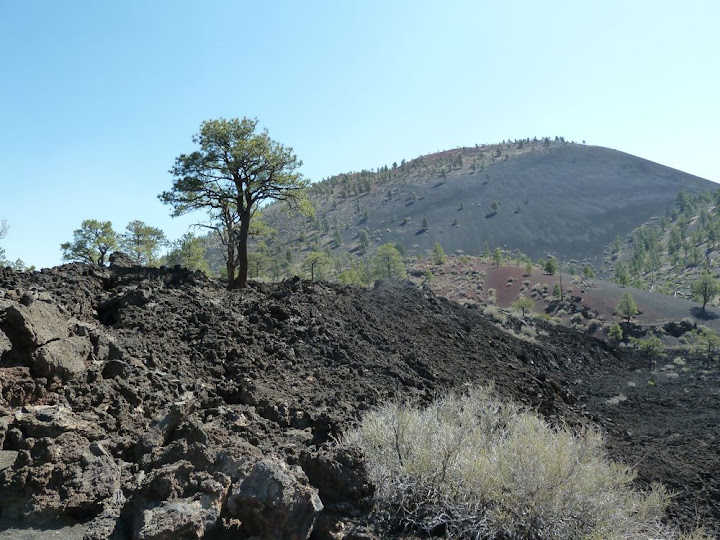 I was thinking of Pompeii when touring Wupatki and Sunset Crater Volcano National Monuments. When the volcano here erupted sometime before 1100, Anasazi civilization was still very much present in the area. I envisioned pueblo-style buildings preserved in ash, hoping for something spared from well meaning, but misguided, 20th century archeologists. But this is not Pompeii. Inhabitants of Wupatki pueblo were not doing so great before the eruption. Porous desert soil, unable to hold water, was lacking nutrients due to over-cultivation. Ash from the volcano acted as a fertilizer and improved water-holding capacity of their fields. Researchers found imprints of corn ears in lava flow. The working hypothesis is that they were offerings intended to stop the eruption. But maybe we underestimate our predecessors: what if they knew the volcano was actually beneficial and fed it corn to keep it going? 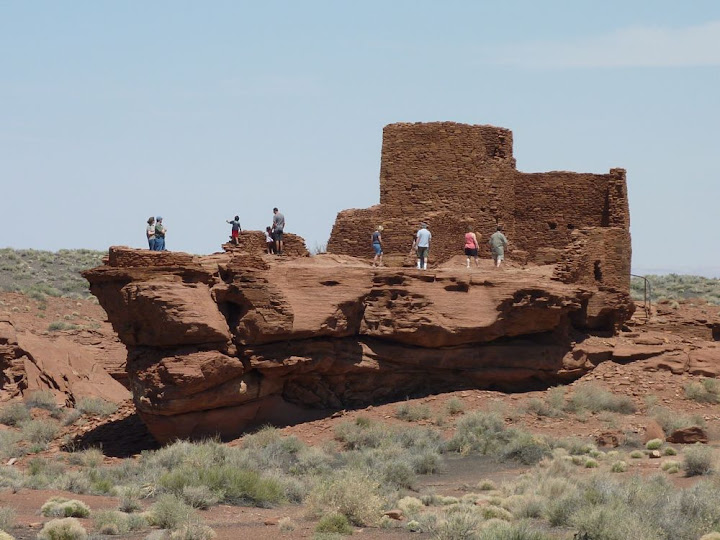 Corn probably did not help one way or the other, but the eruption temporarily stayed the sentence. Wupatki inhabitants managed to scrape a living in the area for several more generations. Ultimately they moved on. We know very little about them. Less than we could, if their ruined dwellings were not looted by 19th century treasure seekers, used by native and immigrant shepherds, occupied by park rangers and finally reconstructed for edification of the modern public.

Only 800 years passed and all that’s left from the bustling valley is a quiet volcano and plenty of pueblo ruins. One can walk on lava fields and gaze up the black cone hiding the crater. Wupatki park looks very much the same as it did before the volcano went off: incapable of sustaining humans unless you count passing tourists. A single Navajo family is permitted for the time being to reside within the monument borders in an uneasy compromise with the park management.

Geologists speculate that the next eruption in the area is imminent. And so we may be able to grow corn here again sometime in the next 10 000 years. 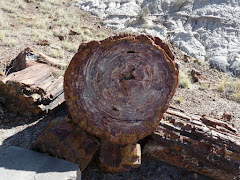 The Grand Canyon is a huge attraction. Literally and - of course - figuratively. It makes various lists of seven wonders of the world. No wonder almost 5 million people a year fulfill a desire to visit. We were in the area and could not resist its pull. The only question was what’s the best way to experience it. The scale is overwhelming, playing tricks with one’s depth perception. Maybe we should fly over in a helicopter? Catch a glimpse from a commercial jet? From space? Alas, tourists are not allowed on space shuttle and won’t be as American space program is drawing to an end. Plus you really need to work on the approach angle to truly appreciate its depth.