I am dirty and wet. I am lying in a puddle of cold dark water and trying to catch my breath. I am exhausted. My body hurts. I cannot really see what’s going on. Our guide’s boots are in front of my face. Natalia and the rest of the group follows but in some places I cannot even look back. I cannot stand up - there is 300 feet of rock above me. My submerged knees are in a damp slick mud and they keep sliding. There is no turning back. I can only keep crawling. Pull my protesting body forward using my fingers and my toes. I start laughing: I actually paid to have it done to me. I find a relatively dry spot. Get a short rest and press on. I am in a passage called Cheese Grater. During Wild Cave Tour. In Mammoth Cave National Park. 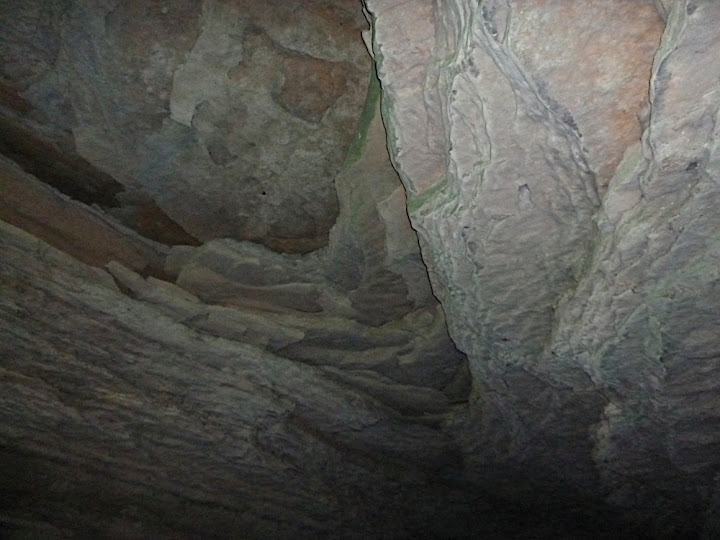 Nothing really prepares you for it. We did read the warnings when purchasing tickets. But this is America. They think that handling hot coffee is dangerous to your health. When you go skiing you sign release form that is 2 pages long. When you buy a car you spend 2 weeks removing all the warning decals. So we don’t make much of the restriction section. But they did not exaggerate this time: National Park Service is a federal government agency. They are probably not afraid of stupid lawsuits. They mean it when they say: lengthy crawls through areas as tight as 9 inches high; walking in a crouched position; hand and knee crawls over jagged rocks and dirt; crawling through wet areas; twisting into and out of tight crawlway openings. This actually comes close to reality. As in: it is actually worse and more scary in real life.

Our tour guide - Janet - is a small lady. She says she a concert pianist by trade. To me she is also a super hero and apparently can go through rocks. Most of the time I can barely keep up. And I suspect she is going slow on our account. Did I mention she is 74. Seventy four. Yup. 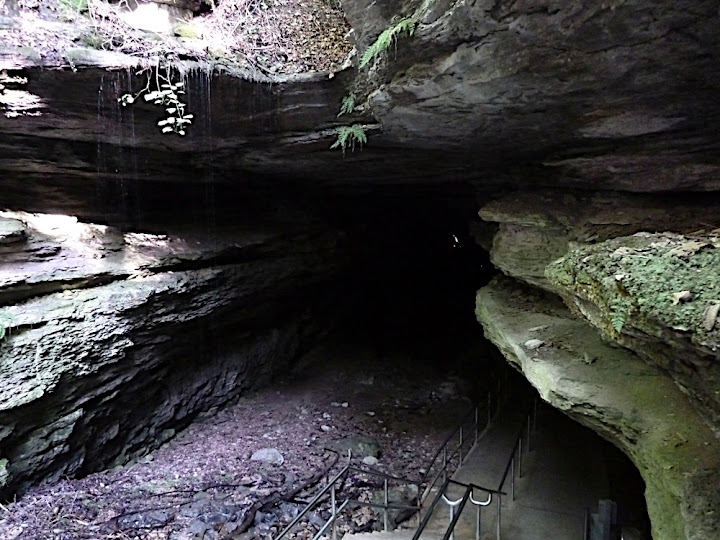 We get helmets, lights, knee pads and coveralls lending us an air or exclusivity. Other tour groups we meet at the entrance point and whisper. Our group is much smaller than others and we have three guides. We start by taking the usual, tourist trail but we quickly turn into a tight passage. First we crouch, then crawl, then squeeze through a tight hole. Janet instructs us what to do if we get stuck: if cattle prod is not available inhale, exhale and move. She tells us to pick which side we want to keep our head on since we won’t be able to change it for a while. The passage is so low that the helmet only fits in sideways. I try not to think about the weight of rock above me.

The park has a typical history of private ownership, followed by ‘improvements’ done by Civilian Conservation Corps in the 30s and currently managed by National Park Service trying to balance public access with protection of the environment.It has its share of abuses from blasting competing entrances to tossing torches up to light the walls and sooting them in the process, to frying hamburgers in a Snowball Cavern that we covering gypsum snowballs in grease. 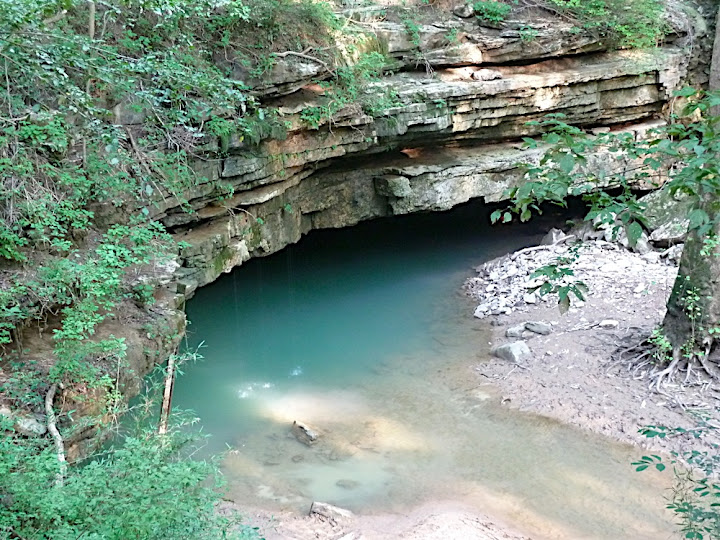 We get to explore the places that not many people see. Plenty to pick from - it is the longest cave in the world with almost 400 miles of known passages and possibly twice as much unexplored area. Impossibly large underground pits, domes, gypsum formations that look like futuristic space station models. At some point we turn off our lights and all in the absolute darkness we listen to the quiet symphony of flowing water. We traverse a passage stepping on narrow ledges on opposite sides as floor disappears below. Janet gives us a choice to go up a 12 feet high opening or follow her around. That’s the first time she makes concession to her age and slight build. She urges us to try the climb first and we eventually do after some motivational trickery along the lines of gender inequality. Natalia claims she never stretched that far in her life. We give each person a round of applause as they emerge.

After 5 hours one girl pulls her shoulder. She braves on in what must be an excruciating pain for another 2 hours. We fashion a sling for her from a couple bandanas. Thankfully there is no more crawling but lots of climbing. I can barely do that with my 2 hands but there is no other option. It’s not like we can call 911. We have to go as far as one of the large cavern accessible by walkway that has a telephone. The guides are incredible: at one point one of them - Jeremy - gets on all fours so she can step on him and climb up. The other guide - Jackie - goes forward to call the first response team. No drama. Finally we get to the surface. We walk out so called New Entrance passing through Frozen Niagara room which I am sure is incredibly beautiful, but I am so tired I barely notice.

After we emerge I am bruised (lack of proper technique I am told) and happy. Not sure if I want to do this again anytime soon, but it’s a great experience. Don’t wait till someone closes it down as too dangerous. Reserve your tickets today. 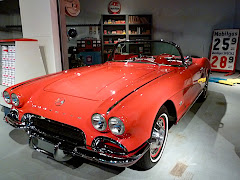 We have bought the wrong car. In Bowling Green, Kentucky we’ve learned that instead of a truck we should have got a lifestyle. Preferably in red. We are hopelessly behind. Even 10 years old dream about Corvettes. And hot underage babes. In that order. We wouldn’t have to compromise on luggage. Much. According to the manufacturer’s site fully enclosed trunk of Corvette convertible carries two golf bags with top down. Maybe we would have to drop the bikes but who needs them driving a 'Vette anyway. 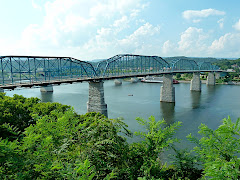 Chattanooga is a cool city. Too bad we can never go back. The city was allegedly the dirtiest in America in the seventies, but it cleaned up nicely. There is a new waterfront complete with two wading fountains, pedestrian bridge, art district peppered with outdoor sculptures. They also have mountain park overlooking the city and many other attractions, which we didn’t have time to sample, like underground waterfalls in a cavern, inclined railway and mountain bike path.