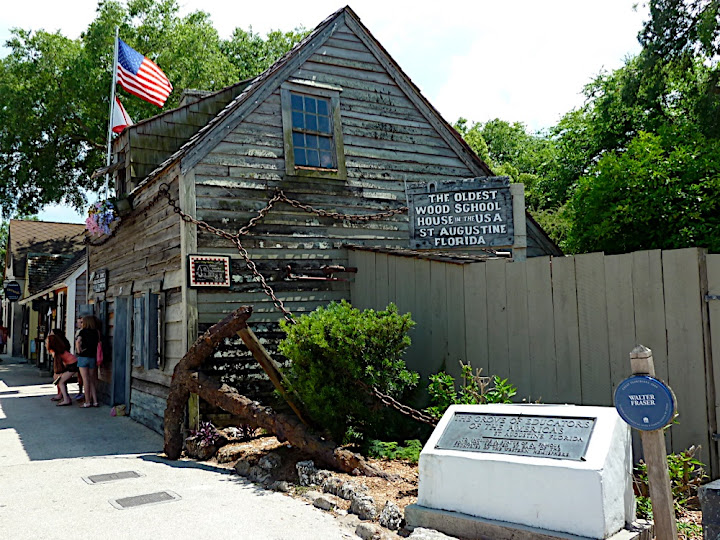 The settlers happened to be Spanish and promptly built a Spanish city. Which Americans turned into cheesy attraction some 400 year later, after a brief stint as a Spanish-inspired winter resort for the wealthy. Before that the city changed hands couple of times passing from Spanish to British, then back to Spanish and finally to American hands. This is a serious history that can impress even old Europe. And it seems pretty normal to us. Cities that were not conquered, burned and rebuilt at least couple of times still feel a bit fake. 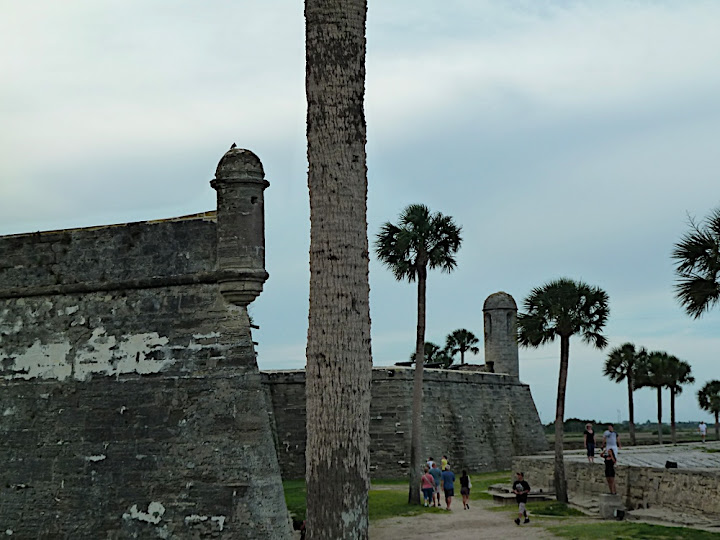 We leave - unintentionally - the best attraction for last. Castillo de San Marcos, a stone fort that was built in 17th century after wooden one it replaced burned 9 times (once by one Sir Francis Drake). Talk about optimism and the learning curve. The fort was in constant use ever since: no ruins here. Castillo’s role was not always military. After 1875 it served as its times Guantanamo, when Americans decided that it would be a great place to intern and reeducate particularly troublesome Indians. 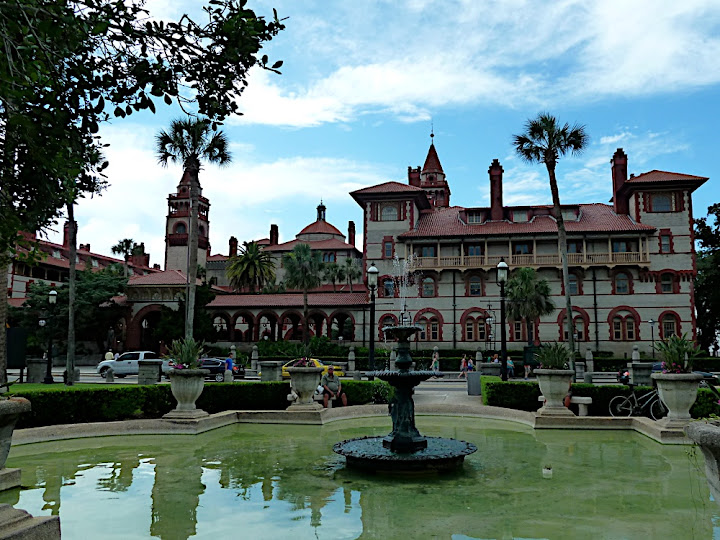 We drive on A1A toward the Keys passing brightly lit Daytona Beach with its beach ramps (tide permitting), its dine in a race car restaurants, its world most famous beach sign, its mini golf parks with pirate ships, planes and volcanos, its countless motels and suites, condos and resorts. Vacancy and low rates abound. Low season or recession? It’s Memorial weekend after all.And if we aren’t tempted yet the marketing kicks in with a full array of double entenderes: bob we love and miss you - condo rental sales or not happy? check us out, and live turtles hooded sweatshirts buy one get one free. Who can resist that? 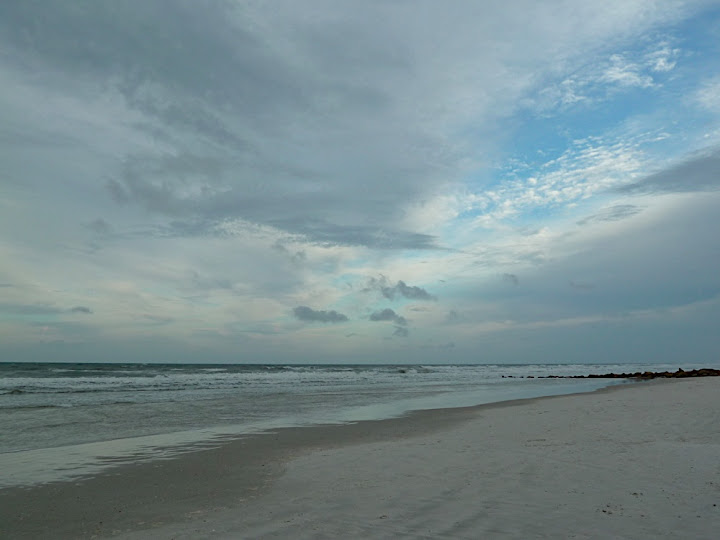 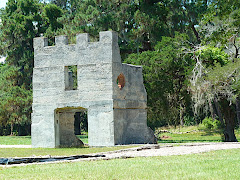 It’s not easy to get to the ocean in Georgia. It’s not evident when you glance to the map but woods, wetlands and rivers make it nearly impossible to find a real beach. But the ocean must be somewhere so we traverse innumerable bridges in the effort to get there. The entire coast is not particularly hospitable: in the past marshes prevented access; nowadays it’s private islands and gated communities. 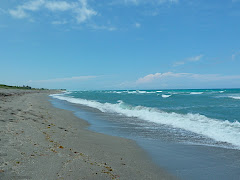 We spend a day lazily driving along Florida’s A1A alternating between frightening developments, sleepy beach communities and millionaires mansions. Looks like a real estate bust came just in time: Florida was on its way to provide each and every citizen a chance to invest in an overpriced tiny condo in a carbon copy skyscraper located on a land that would be a usable beach if left undeveloped. We manage to spend some time on a beautiful, hauntingly empty beach, saved by virtue of calling it a preserve and charging $2 per person entrance fee.The wealthy residents of Jupiter Island donated 73 acres to form Blowing Rock Preserve in the belief that day sunbathers are better then subdivisions. We read that 5 out of existing 7 species of the sea turtle can be found here.