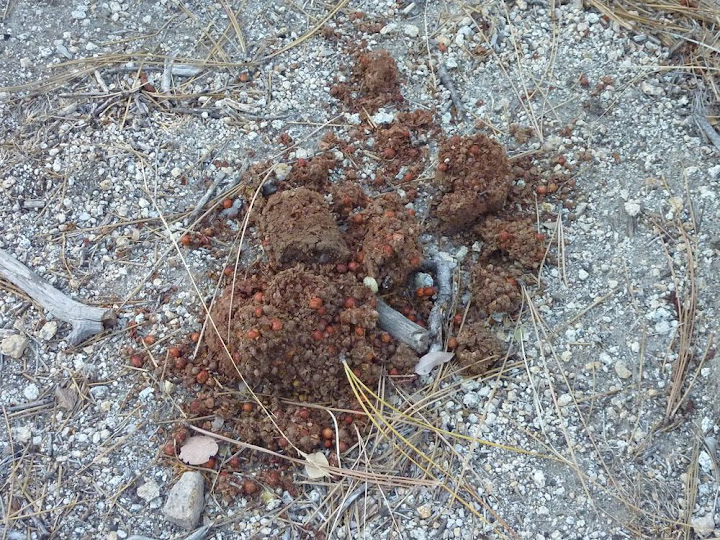 Climbing, as it turns out, is not unlike launching oneself into deep space. Mary Roach in her disturbingly funny Packing for Space describes in detail rituals of achieving separation and handling the results. Differently then astronauts, hikers, even at high altitude, can take full advantage of the gravitation while performing various bodily functions. Thank you Isaac Newton. 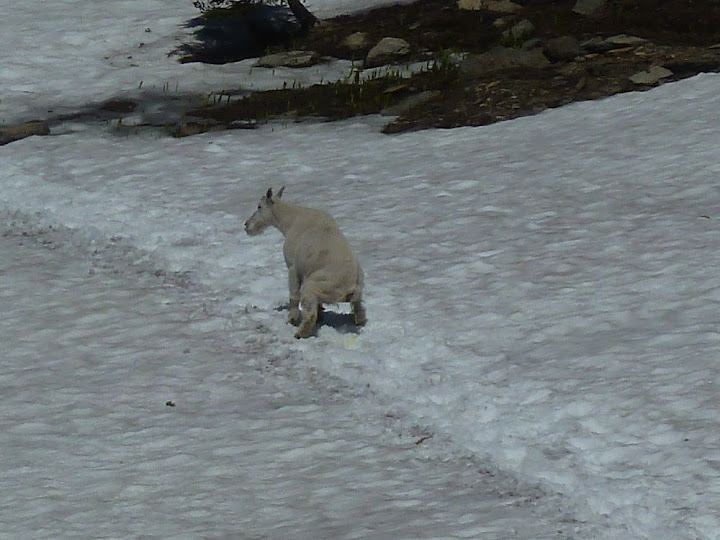 Humans, at least in some parts of the word, can choose to stay home and use running water toilets. No such choice for bears. Not that we’ve caught any in the act but given amount of scat we’ve seen they seem to prefer hiking trails. Which is for the best because droppings are way easier to spot then other signs of bear presence: their tracks, digs or bark scratches.

The summer started late this year and we’ve spent fair amount of time hiking on snow covered trails. I kept it to myself, but I have long suspected male hikers to be responsible for yellow spots on white snow. One day a mountain goat demonstrated how wrong I was. 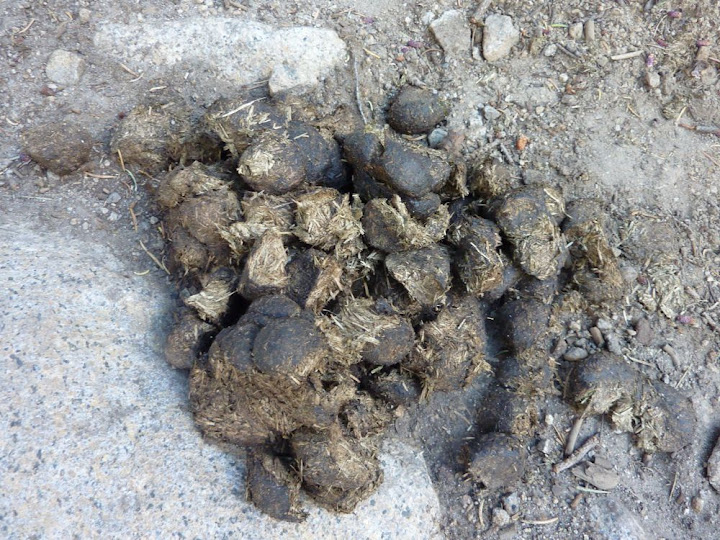 All that waste though is nothing in comparison to what domesticated animals are able produce. And I am not talking feedlots here. As if bringing mounts on trails to leave pleasantly named but malodorous horse apples was not enough, national forest service allows grazing on mountain meadows. The results are foreseeable, if not always easily sidestepped. 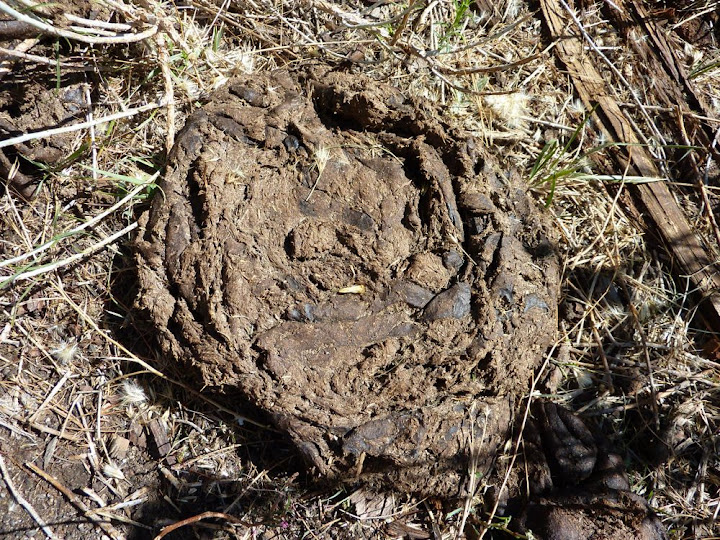 There is a degree of speciesism going on as both humans and dogs are required to pack their shit out of the forest while bears and horses are not. While I can imagine no ranger approaching a bear to cite it for defecating on the trail I find it grossly unfair, not to mention smelly, to allow horses leave their manure behind. The only requirement forest service puts on them is that they eat weed-free hay first. I’m sure hikers can be talked into restricting their diet as well if that’s the problem. Also, differently than bears, horses and mountain goats, homo sapiens might be amenable to the suggestion of staying well away from the trail during the act.

That said, with humans, one never knows. 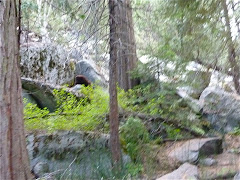 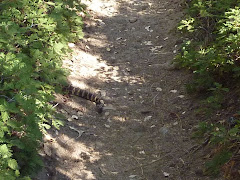 We spent last spring and a good chunk of summer wandering through the deserts in Utah, Arizona and New Mexico. Almost each trail welcomed us with a familiar snake warning, but we saw just one rattlesnake. It was quite well hidden and tolerated us soundlessly while we were having our lunch admiring the Hovenweep ruins. It only got agitated when we suddenly stood up. Its angry rattle was more surprising than scary, but for a couple of days we took our time choosing a place to picnic. And then we started to hike in California where it seems we come acress a snake or two every day.