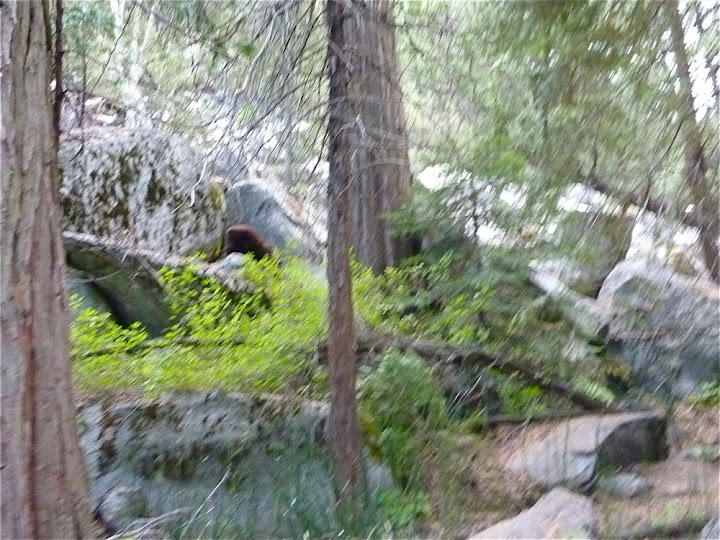 You are not supposed to do that, I attempt a meek protest. To no avail. There is some kind of reaction though. One lady declares that she just abandoned all her food on the side of the trail. I could feel the bear was after it. He followed us for a while before we realized., she explains. That, you definitely should NOT do, I struggle to stay calm. Turns out we just met a group of hikers who apparently managed to ignore all the rules of bear-etiquette that NPS is pushing in the form of countless signs, leaflets and speeches. If you teach bears that there is food to be had by approaching humans, they become aggressive, Natalia adds looking around for suitable anti-bear rocks. And then NPS will have to shoot them, I add mercilessly, although I have no idea if that’s true.

We are hiking in the beautiful Yosemite park. We’ve spent a month in nearby Mammoth Lakes having hiked almost 100 miles but this is our first close encounter with a bear this year. Even Canada was not that exciting. And they have grizzlies, not Californian black bears.

We are just coming down from Dewey Point, which offers yet another overview of paradise-like Yosemite valley, when 2 pairs of hikers, a cargo-pants guy and a tiny lady and two walking-sticks equipped women with southern accents, almost trample us trying to get away from something. Since we are not easily scared by people, we keep our ground forcing the whole trotting group off the trail and into the forest. Surprised and curious we follow. Thankfully running through the sierra forest uphill requires a lot of stamina, so we all manage to stop before falling into a canyon.

From a whispered chorus of explanations we gather that a large army of hungry bears is pursuing us. Natalia finally finds a suitable stone. Seeing that, one of the southern ladies valiantly struggles to dislodge and pick up a rock that weights more than she does.

Dusting off my leadership skills I am trying to take control of the situation. OK - so there are 6 of us, I say, How many bears did you see? One or two, I was not really in the mood for taking pictures. Or counting. Does anybody have the bear spray, I try. Bear spray! Ha, ha. That’s a good one., the companion of the cargo pants thinks I am joking and let’s me know she is not impressed with my sense of humor. As I find out later, bear spray is not allowed in Yosemite. 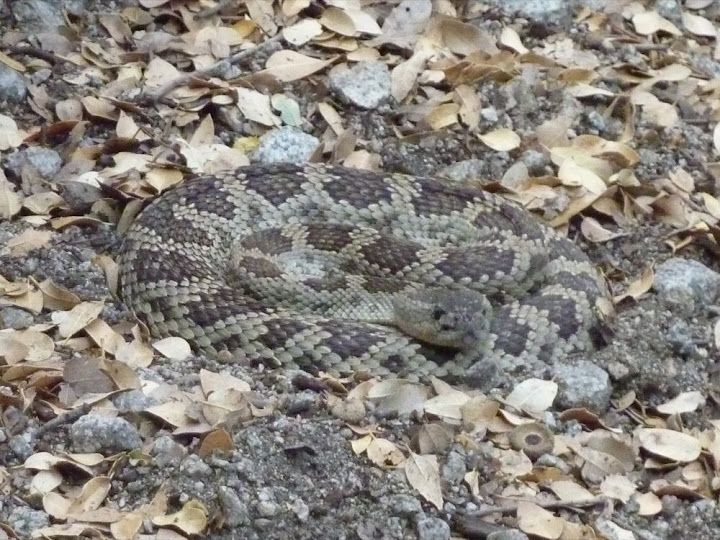 Looking around I see something brown moving downhill, off the trail, and heading definitely away from our group. Might be bear. Or two. Or a large squirrel. That’s how far away from us it is.

Let’s all go down together, Natalia proposes, and let’s make some noise. It’s unlikely that the bear will approach a group of six hikers. We are so knowledgeable since we’ve been to Canada: in Banff park they advise you to hike in tight-knit groups of four in areas frequented by grizzlies. Also we are by far the fastest ones here, so we don’t really risk much.

We get back on the trail. A bit later we find the abandoned food. It confirms my suspicion that the bears were not after the women or their food but incidentally going in the same direction. I start to pick up packages and pass it back to their owners. We cannot leave it here, I proclaim feeling wise and important. She backs away from me as if I am trying to hand her a ticking bomb. If you don’t want it, we’ll take it, Natalia volunteers. Volunteers me and my backpack, of course, but such is a prize one pays for a happy marriage. We’ll give it back to you at the trailhead, my better half makes it clear that we are not trying to steal the power bars intended for the bear feast. The lady, faced with abandoning her sustenance for a second time in one day, reluctantly opens her backpack and lets me fill it. I am slightly surprised to see the sheer amount of food. Looks like Natalia and I do not eat enough. I try a joke - for real this time: Maybe if you opened packages, bears would be more interested. And I am terrified for a moment they might take it seriously, but it does get a laugh.

We go together as a group for a mile or so. The series of where-are-you-froms follows. Finding out that we are Polish, one lady volunteers that she visited Zakopain. After translating in my head to Zakopane I am impressed and a bit concerned about the fate of the few remaining Tatra’s bears. We say our good-byes once it becomes clear no wildlife endangers anyone.

Two days later in Kings Canyon we have our own proper bear sighting. I turn the corner, deep in thoughts and concentrated on not stepping on any rattlesnakes, when I see a bear galloping away from me. It’s not that big and clearly more scared than I am at the moment. I wait for Natalia to catch up with me and we talk loudly for a while clapping our hands and making noises. After some time we proceed down the trail. It’s not like there is any other way back to the car. Couple hundred feet further we get to see the bear observing us from a safe distance, thankfully way off the trail. It’s beautiful: golden brown fur sparkles in the sun. It does not seem to be interested in us, trots by in the very opposite direction - too fast to take a picture - heading back to a place where I first surprised him. We are a bit shaken, but glad we haven’t abandon anything. Of course our food is better than run-of-the-mill power bars: fresh fruit from the farm stand and home made nut-and-berries cookies. The bear does not know what’s he’s missing. And for the rest of the day we are unreasonably proud we’ve kept it that way. 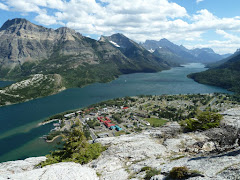 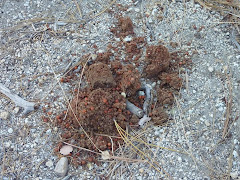