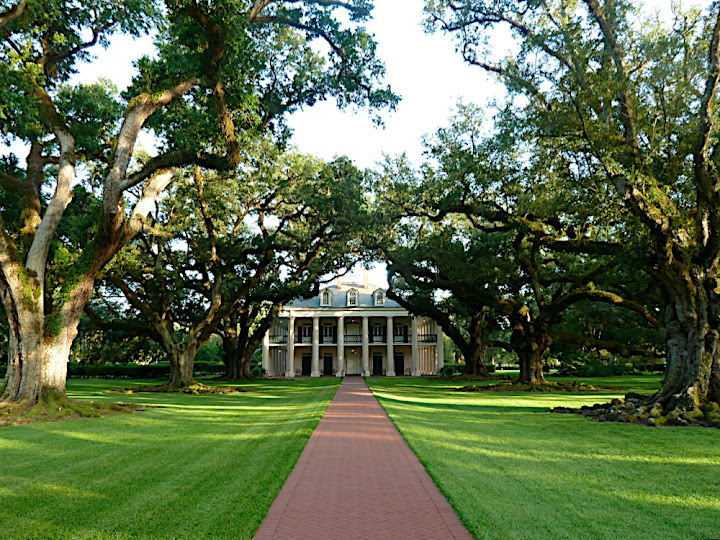 We drive, quite unimpressed, along the Mississippi banks. Unimpressed since we mostly see levees and some oil installations. The road is designated as scenic on our map so Natalia, being Natalia, tries to talk me into driving on top of the levee. I - being my usual worrying me - am doing my best trying to avoid it.

And suddenly we take this turn and see a perfect alley of huge old oaks leading to the immense pinkish residence. It looks like a Victorian landing strip. It’s startling. I hit the breaks and stop on the road shoulder to admire the view.

It’s after 6pm so we don’t hope for much. But the teenager working at the gates tells us we can walk the grounds. Once he starts talking I realize we are hearing yet another accent. Would it be rude if I start recording people? I have absolutely no words to describe the tantalizing variations of English spoken in this country. 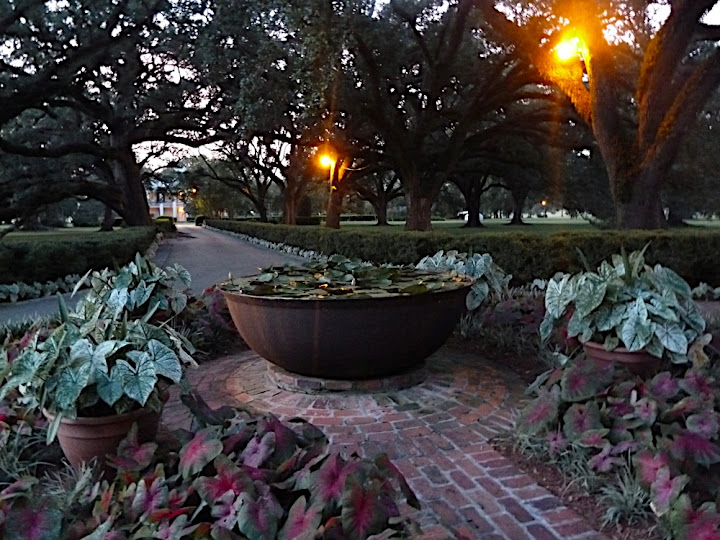 Waiting for a Vampire

After a brief walk we decide we want to stay for the night in one of the houses on the property. It’s off-season so we end up paying for one small bedroom and having the entire house to ourselves. We walk plantation grounds one more time just before the sunset. It’s slowly getting dark. You cannot see the stars yet but Mars and of course the moon are clearly visible. We sit on a big house veranda and listen to the cacophony of the summer evening. As darkness sets oaks start looking unreal. It’s strangely calming. We are not dressed properly but you get the illusion the time took strange detour back into the 19th century. It’s a good thing we don’t know then that this is where Interview with the Vampire was shot.

Next day is a bit disappointing. In the daylight, invaded by tourists, the house looks out of place. Oaks, while still beautiful, are showing their age. We take the tour. It’s full of French and Chinese tourists that seem to compete with each other trying to simultaneously translate the overwhelmed guide words into vernaculars. The guide concentrates on personal mishaps of the planter’s family. She barely mentions the slavery. I cringe at the phrase benevolent slave owner. I find it inexcusable. It needs to be said: the Southern economy, the US economy in the first half of 19th century would collapse without the unpaid forced work. And it did collapse after the Civil War. As in many similar cases the owners of Oak Alley Plantation could not keep the house. It’s a miracle it was saved. But many people would be much better off if it had not been built at all. 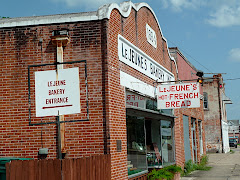 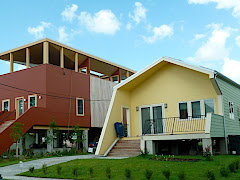