We escaped to Mobile trying to get away from Pensacola’s Blue Angel’s weekend. We don’t like crowds and it turns out that if you prefer solitude Mobile is a perfect destination. There are absolutely no people here. They probably all went to Pensacola for the weekend. 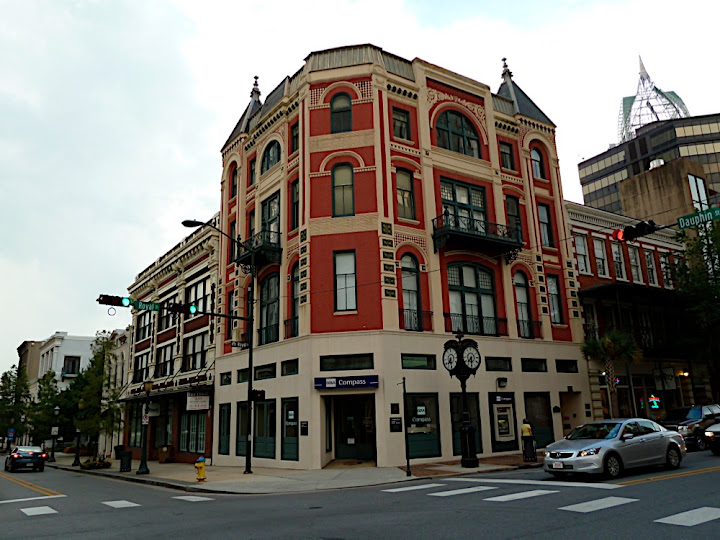 Mobile has a big problem. You cannot really research it on the internet. Try googling for mobile life music or mobile restaurants or mobile night life and you’ll see what I mean. One has to wonder why city officials did not take advantage of the anti-French sentiment and change the name to something less ambivalent - may I suggest Verizon, Alabama? French are to be blamed for establishing the city here (in 1702), and christening it (after a native tribe), and naming most of the streets (after various French things and catholic saints). Later Spanish changed all the names but when the city finally was taken over by Americans they changed the names back to French. This is strange: as if Canadians took over New York and changed its name back to New Amsterdam. But in any case, the town even today is supposedly quite catholic so we expect good food and some entertainment (think New Orleans or Montreal) 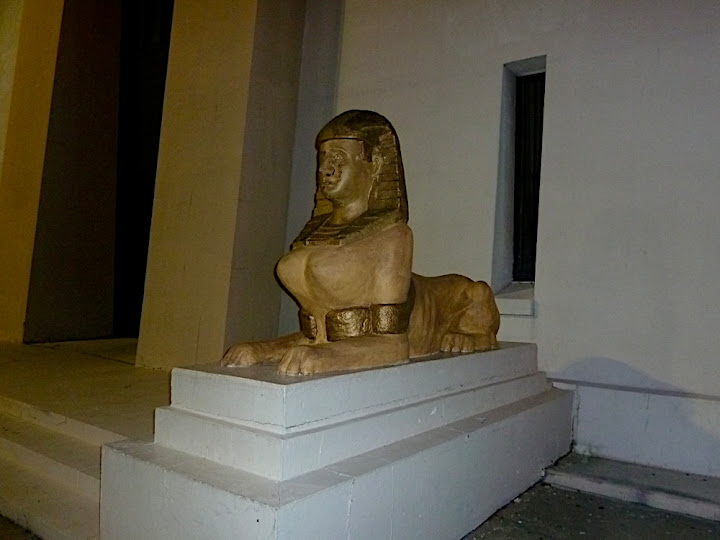 The unfortunate name and unpronounceable streets may have resulted in a completely deserted city. We are a bit surprised since our Lonely Planet guide is uncharacteristically enthusiastic. We get a hotel room a bit earlier than usual and spend an early evening walking along Dauphin St. and parts of the old town. We manage to find several really cool buildings (including Egyptian revival Freemason temple complete with very busty sphinxes), but nearly half of the store fronts are for lease or boarded. It’s a Saturday evening but we meet a total of 4 people on the main drag. One asks if we are lost (we aren’t but we always look like we are) and suggests politely that we part with our spare change (the offer that we - also politely - reject).

We find Blind Mule - a restaurant/bar suggested by our guide. And they play decent music, serve quite a selection of beers (they even have Boston’s Sam Adams - but we opt for something more local), and fresh tasty food. We order pecan pie and experience to-may-toe /to-mah-toe moment. But even Blind Mule is strangely empty. And other dining establishments we pass are positively deserted. 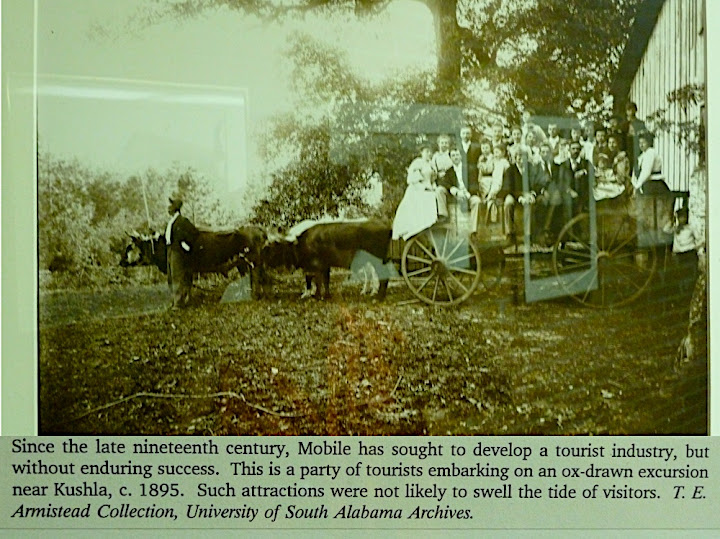 Honesty: even if it hurts

We cannot decide if the city on its way up or commencing a process of a slow decline. We see plenty of signs for sale or for lease and sometimes both decorating empty storefronts. Clearly a lot of money and effort has been spent here on making the city inviting and livable. There are art galleries, parks, walking guides. Beautiful homes on tree lined, quiet streets. However without real people walking around it’s hard to believe this is going to last.

Back at the hotel we read the Lonely Planet guide again and realize it warned that nothing really starts in Mobile before 11pm. But we are too tired to venture out again. Let’s hope they are right. This is such a cool place: would be a total waste if someone did not use it from time to time. 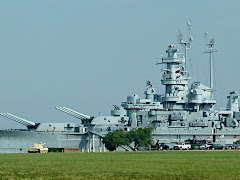 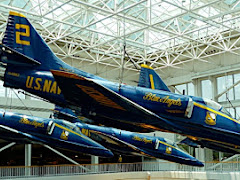 Pensacola welcomes us with an unpleasant surprise. All the cheapo motels that are plentiful along the shore suddenly demand twice as much as we are used to. And many places are fully booked. After spotting one or two workers dirty from sand and oil we suspect it’s caused by the influx of BP contractors. But we are wrong. The receptionist in the Marriott, where we finally decide to blow our nightly budget, attempts - in vain - not to show her disdain. How could we have not known? It’s the Blue Angels weekend.