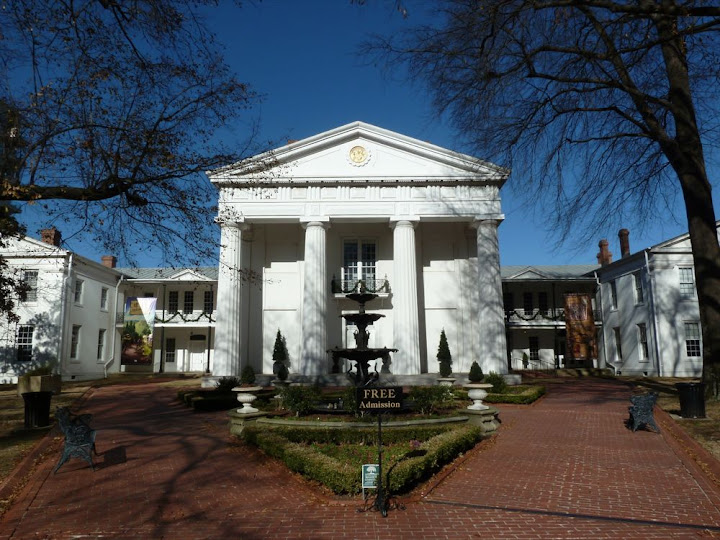 And choosing the right name is important. The fateful decision to adopt French spelling of the state name reverberates to this day. In 2007 lawmakers felt obliged to settle the matter of apostrophe in possessive form of Arkansas. Not the first time they have been called to task to regulate the state name: in 1881 they legislated the pronunciation concluding the sounding of the terminal “s” is an innovation to be discouraged.

Even if the rest of America has almost forgotten him, Bill Clinton is still a hero around here. Clinton Avenue near the Clinton Presidential Library is at the center of River Market historic district. Supposedly the site of urban blight not that long ago, 10 years after Clinton stopped being the president his eponymous street is probably one of the precious few worth visiting in the city.

The nearby Old State House museum is actually quite interesting (and free). The building itself started out as a Greek Revival even before Arkansas was a admitted to the Union. The state never seemed to have enough funds to finish it properly. It deteriorated slowly, at one point ceiling collapsed on lawmakers. The building was converted in Victorian manner, which in my opinion, was a change for worse. But it still could not accomodate the ever growing administration so finally in 1915 a completely new capitol was built. And the new capitol building is as sexless and anonymous as one of the 40 or so copies of the original that adorn state capitals around the US. The one in Arkansas is actually based on a design that won a competition for the Montana state capital, but was never built there. 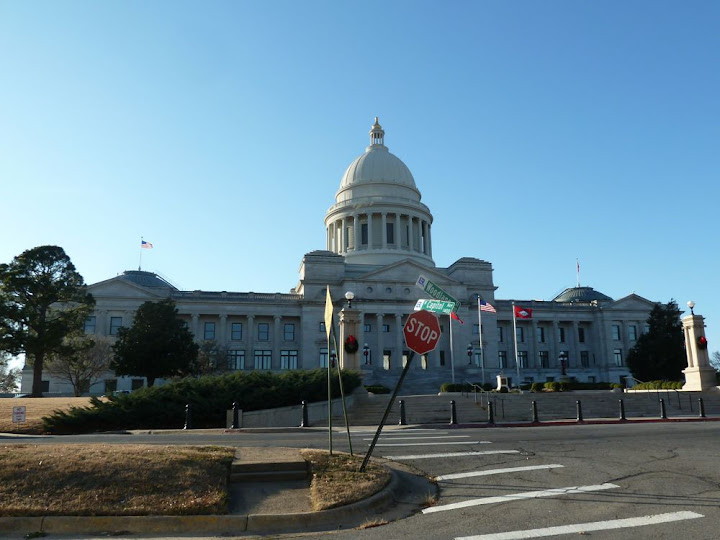 At some point Arkansawyers realized the value of uniqueness and managed to restore the Old State House to its former glory. The museum hosted inside tells the story of the building, but also tells the story of tumultuous Arkansas politics. If you think that judges deciding the elections or treating poll results as a mere suggestion at who should govern are limited to Florida and Liberia, you better read on Brooks–Baxter Affair in the aftermath of Arkansas gubernatorial race of 1872.

The saving grace of this place is that it does not take itself too seriously. It’s a small sleepy capital quite ready to join in telling jokes about its smallness and sleepiness. 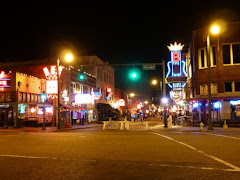 As our recent custom dictates, we manage to avoid visiting Graceland, the biggest attraction of Memphis. But this time it actually makes sense. After all Memphis without Elvis would still be a great place, but Elvis without Memphis would not exist. The blues city is still alive, even if it’s an existence on life support. The main drag - Beale St. - is full of clubs and neons. And they get extra points for keeping the neons lit, even if some of the clubs are not open. But it’s not too difficult to find life music and we are talking the worst possible time: Sunday at the end of the New Year’s weekend. 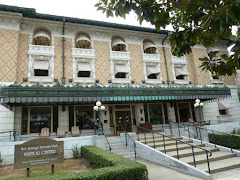 Hot Springs lost its battle for relevance a long time ago. Against the odds it clings on displaying gigantic defunct hotels, empty parking lots, falling plaster and halfhearted attempts at opening specialty shops to attract new generation of tourists. I am strictly a shower type of guy. The concept of spending time very slowly dissolving in a tub full of hot water sounds like some kind of cruel punishment to me. And I don’t care if the said water is warmed geothermally and flows directly from a hot spring. I’ll happily swim and dive (both risky propositions in the tubs, even the big ones), but just sitting and relaxing for hours sounds painfully boring. However if you don’t mind being submerged and massaged by a bath assistant with a scary looking loofah, which you can supposedly take home later (the loofah not the assistant), there are still some bathhouses open. If you don’t quite know how to use public bath, National Park Service shows you a film from the 70s (at least judging by the hair styles) to get you comfortable with the idea. The movie is full of clever shots and manages to be lewd without showing much skin. No one will be offended if you wear a bathing suit, it patiently explains. And in case you are wondering: the original whirlpool does look like a giant egg beater with which you have to share the tub. Very scary.