I’ve heard it countless times: He is really friendly. Or, she just wants to play. Never mind that the subject in question flattens its ears, starts growling, barks and generally looks ready to attack. And even if it is genuinely friendly, I am not. That is, I have no inclination to play with strangers’ dogs. Befriend me first before you expect me to pet your four-legged companion.

He’s afraid of your trekking poles. The last one was addressed to Damian who started hiking with poles after a minor skiing injury. I knew trekking poles were a sham but didn’t realize dogs and their owners shared my view. And if that’s the case, dogs with that opinion have no business on a hiking trail, at least not without a leash.

The new one today: it’s my neighbor’s dog. You aren’t afraid of him, are you? Of course I am! Assuming he means the dog. I have no idea what the neighbor is like. Not that I have high expectations. After all his dog is running toward me full tilt, spittle frothing its snout, alternating between loud bark and deep growl. And it is not a small dog; it’s a large, massive animal fully capable of knocking me down with not effort at all. I stop and try to look calm and unthreatening despite rising fear. I have ski poles that I can use as a weapon but have very little desire to engage in a dog fight on what was supposed to be a quiet walk around the condo complex where I live. 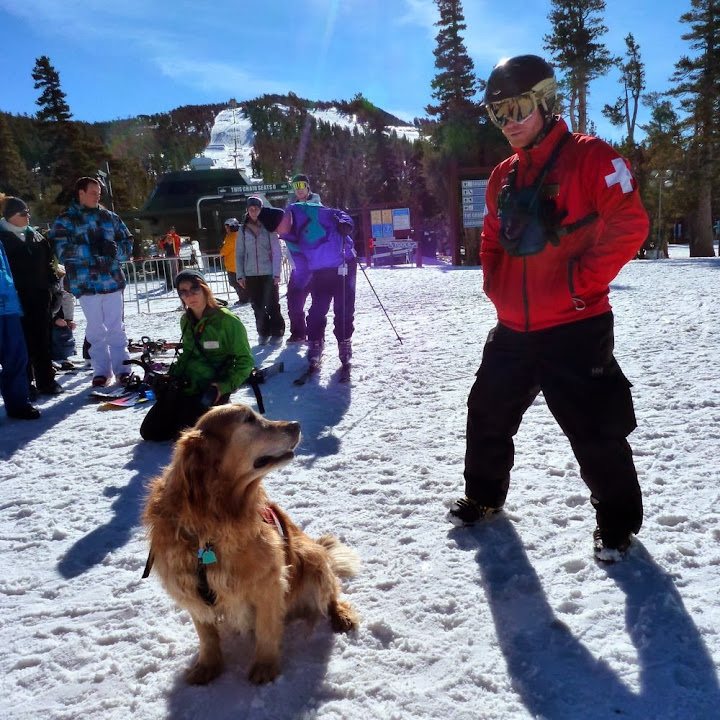 Curiously I can’t recall any remarks from owners of well behaved dogs - the ones that don’t show any interest in strangers or silently sniff you in passing (the dogs, not the owners). They have no reason to make excuses, they’ve put time and effort into training their pets. Sadly, while much appreciated, diligent owners of courteous dogs are in the minority.

In the end I wasn’t actually attacked. The dog backed at the last moment and let me slowly move away jumping and barking after me. I felt I may have been unreasonably afraid. Then I checked the numbers: according to CDC nearly 4.5 millions Americans are bitten by dogs yearly; 885,000 severely enough to need medical attention. While dog bites are very rarely fatal, 27,000 people required reconstructive surgery. For comparison, 515,000 visits to the emergency room resulted from bicycle accidents. I wear a bike helmet (while biking). Thus I am as unreasonably afraid of dog bites as I am of a bike injury.

Signs around my condo complex remind owners to keep their pets leashed and to clean after them. Until today I considered both rules an overkill. If your dog could be restrained verbally and didn’t crap in the middle of a walkway, I didn’t mind you ignoring the policy. I didn’t realize that while there is one definitive way of following the stated rules, there is an untold number of flouting them. Hence dogs roaming unleashed and unattended, soiling every surface in sight, scaring and attacking passerbys. 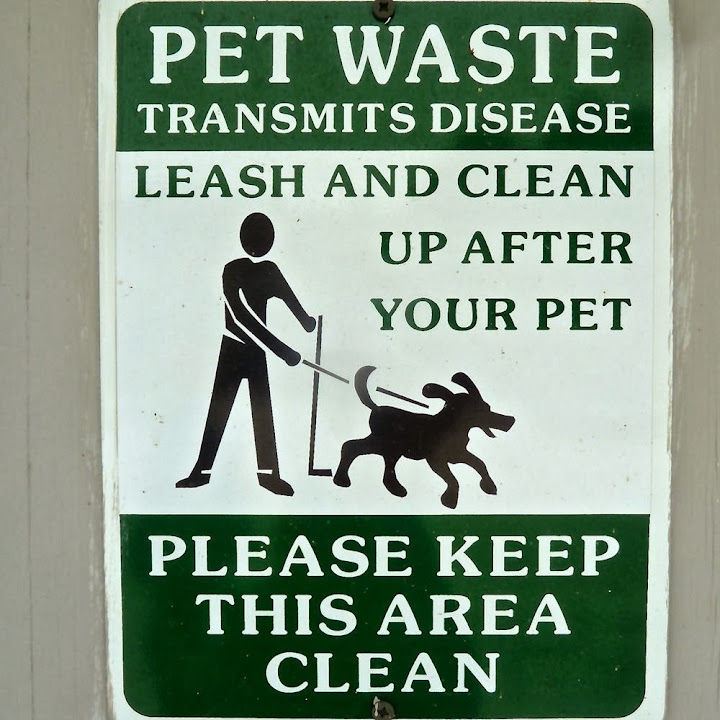 Leash and clean up after

I am as guilty of today’s incident as the absent owner of a large brown dog that scared me shitless. I let them ignore the policy assuming they have the same reasonable standard as I do. That’s going to change. Unless condo association votes to repeal the policy I am going to do my bit and tell every dog owner excusing their pet’s behavior that I don’t care how friendly it is - the condo has the policy and they should follow it. Or else. 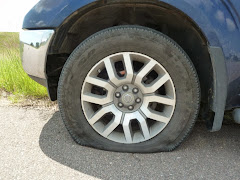 The hissing whoosh of the escaping air was unmistakable. We got our first flat. In the middle of empty and, yes, flat as a pancake part of Colorado. At the beginning of what was supposed to be the dullest day of our trip. We somehow managed to make almost 70 thousand miles up to this point. Mostly backroads. Not a trivial amount on the surface that only a wildest optimist would call a road. Only a day ago our car took us up the Mt. Princeton Road. Couple of weeks ago we drove to the Nellie Creek trailhead on the way to Mount Uncomphagre that involved not one, not two, but three stream crossings. Our car survived sandy dunes, sharp rocks, impossible steeps, and holes big enough to swallow a grown man - all that with no malfunctions greater than a side mirror broken by a raccoon and a battery that expired in the cold of the winter. 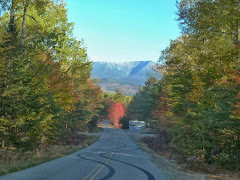