A group of French tourists were trying to find out what chipotle is. You see - French are not like us (as in the rest of the world); they actually care what they eat. Although, if I were French, I would try to find out first why there is sand in my mashed potatoes.

The result of the inquiry was awkward bordering on hilarious. There was not enough chipotle in the soup to serve as a useful hint. The waitress in surprisingly passable (for central California) French was trying to explain that it’s a type of ‘poivre’. Oh là là the French exclaimed in an unintended self-parody. The English language, for all its pride in the size of its vocabulary, is one of the few that do not have separate words for pepper corn (poivre, pieprz) and peppers (piment, papryka): the French had every right to be comically surprised. I was on the verge of testing limits of my French and of my Android wikipedia app to point out that chipotle est un type de piment. But before I could humiliate myself the French tourists switched their attentions to dessert and were trying to order le sheescake. The hilarity continued. 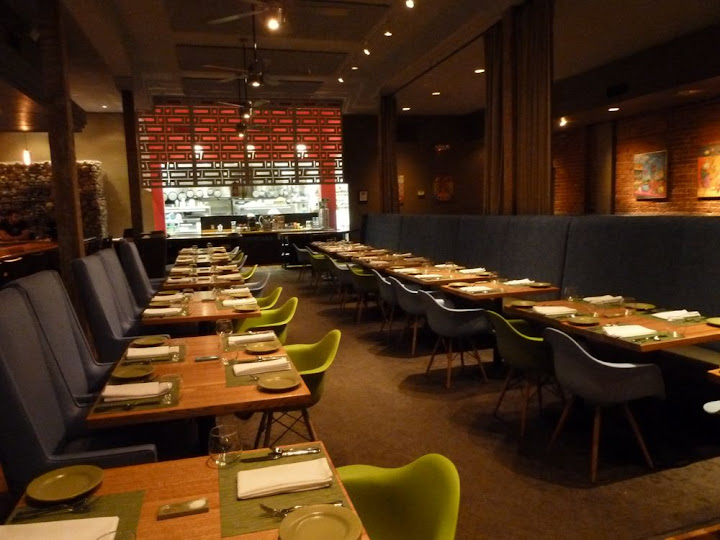 Is it OK to make fun of people’s pronunciation? Absolutely not. Do I feel justified after the years of natives ridiculing my flat consonants and misplaced vowels? Hell, yeah!

The French, by the way, should be applauded for trying to inject some etiquette into American dining customs. They patiently explained to the waitress (in French again) that they really do not care for their plates to be collected before everyone at the table is done with dinner. Poor girl did not have a good time that evening and was probably yearning for some German invaders.

In case the French did not succeed imparting their savoir manger, here’s a couple of notes for places that price themselves into gourmet category. If you have a menu that does not fit on one page, you are not a gourmet restaurant. If you offer choice of soup and salad with your entrée you are not fancy. We - the hip crowd - like our overpriced salads and mystery soups to be listed separately under starters. If you ask what kind of starch I want with my meal, you make me think of laundry, not about food. Do your freaking job and pair up rice, fries and potatoes the way you think it complements the choice of meat you are serving. Have an opinion on what goes well together. That, and not giving me multiple choice tests, shows that you care.

Adding the same steamed broccoli to all entrées reeks of desperation. Not making your own dressing is a stupid omission. A single mini tomato does not compensate for a pile of wilted lettuce. The salad bar calls for debarring. I did not just hike 10 miles to enjoy getting my food precariously heaped on the smallest possible plate money can buy this side of Rockies. Transparent plates have no place at a dining facility that deserves to be called a restaurant. Taking my fork of my plate and putting it back on the table does not tell me that you are taking care of me since I’ll need that fork later. It tells me you don’t have enough clean forks to be in the food serving business.

Yes, plastic containers are incredibly useful. And they used to be a novelty when The Graduate was shot. But it’s time to get over it. I do not want to compose my dinner emptying little plastic jars on my plate. That’s your job. If I liked plastic that much I would be still buying TV dinners instead of visiting your place to be fed.

Asking if we are finished, or done, or praising us for a good job, or - especially - asking if we are still working on our dish is not how you check if you can take my plate. Eating out is not like working out, even if, due to overgenerous portion sizes, it feels like that sometimes. If there were one thing I could persuade Americans to learn, it would be this: there are things in life that are not tasks to be completed on time. And that includes meals.

Nevertheless, since no restaurant owner should have time to read this blog, the only hope for advancement of American dining experience is a retiree exchange program, in which French grands-méres and grands-péres travel to the US to improve restaurant standards and aging American baby boomers are shipped overseas to inject some efficiency into the limping Euro zone. Before that happens choose something from a short list of places where French tourists’ influence is not needed: Criollo in Flagstaff or Downtown Kitchen in Tucson will leave you surprised, satisfied and happy. If that’s New American, then I am a huge fan. 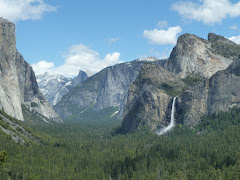 The world is full of beautiful valleys. Innumerable interesting rock formations are waiting to be discovered. There are many more grand panoramas and breathtaking waterfalls that you will ever have a chance to visit. Rarely though they are all put together in one place in a perfect harmony and a spacing of an almost kitschy painting. Yosemite is an impossible place. Unfortunately it’s also very accessible: few hours drive from Los Angeles and San Francisco, and everything in between. If you don’t take a shuttle bus, which is not very well advertised, you spend a lot of time trying to circle the parking lot, looking for people who might leave soon vacating a parking space. 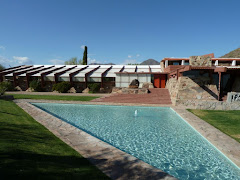