Thomas Alva Edison was one of the original hackers but you would not know it if you toured Edison and Ford Winter Estates in Fort Myers. And I use the term hacker in its initial, not subverted, meaning: someone who tinkers with stuff to makes things better. Incidentally I stopped telling people that I am a hacker some time ago. Since no one can tell crackers and hackers apart, such admission is greeted with an awkward silence at best and nervous reach for a cell phone to notify authorities in other cases. 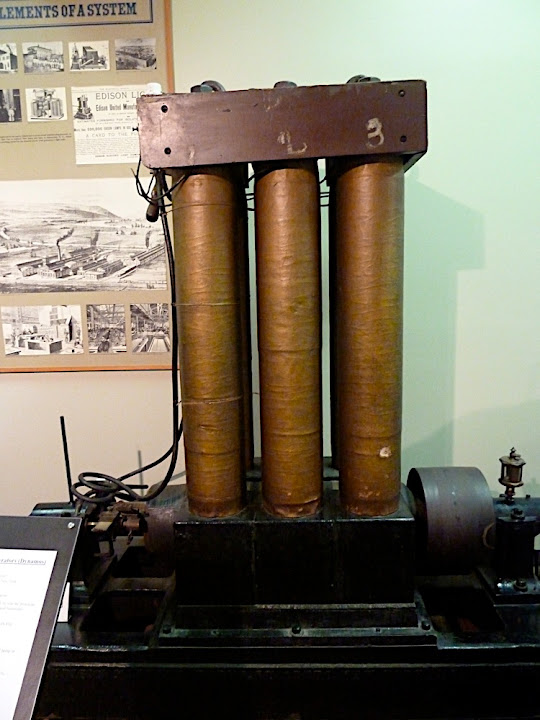 Back to Edison - he was rarely right: remember the war of currents with Edison backing the direct current. Or his notion that phonograph will be mainly used at the office. I doubt Steve Jobs minds that iPods are used mostly for entertainment. 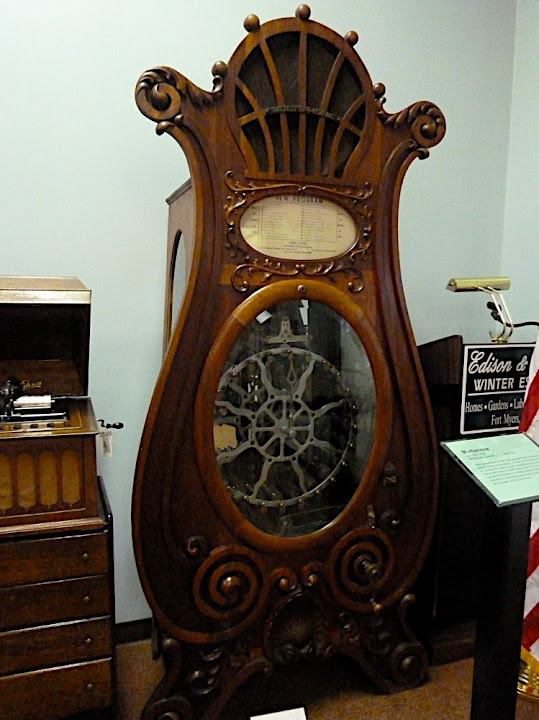 What Edison did master was the art of constant improvement. And of course the concept of organized research and development. That’s what turned early version of light-bulb from curiosity item into something indispensable that launched electrical revolution. He tried the same approach with plants producing rubber but failed to find one suitable for mass production in temperate climate.He was known for mistreating his employees and coworkers apparently refusing to pay Tesla for his work. He was notorious for electrocuting dogs and even an elephant to convince the general public about the advantages the DC over the ultimately prevailing AC system of Westinghouse. He had multiple patents and obviously was serious about protecting his intellectual property, but had no qualms about showing Trip to the Moon a movie by Georges Méliès in US - without the owner knowledge or consent.

So definitely a complex and interesting personality. But as nothing controversial is presented in the museum Edison comes out as an insufferable phony concerned mostly with his inventiveness diminishing over the years. Yes, there are many, perhaps too many interesting artifacts. But instead of inspiring awe that they greatly deserve, they mostly look like poor and unskilled cousins of our modern gadgets. 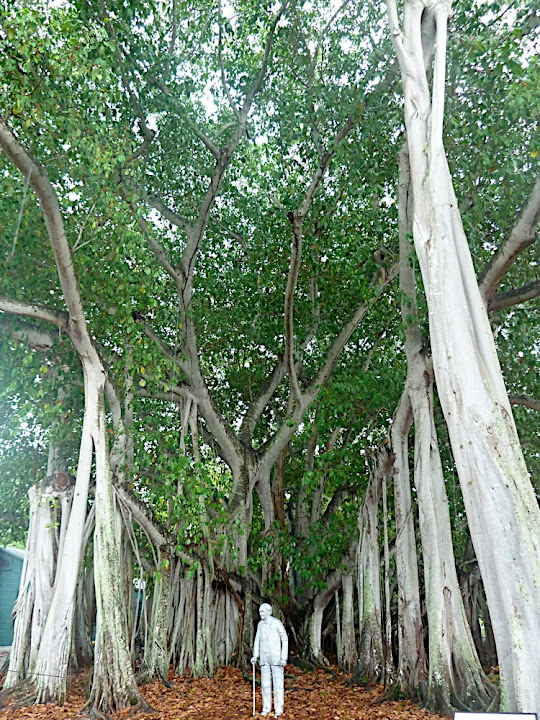 Apparently being good at something is not interesting. One would think all it takes is to devise a workable light bulb to be celebrated. But if you wander among photographs and memorabilia you’d think that inventing something is just a little episode and what really counts is a cleaned up version of one’s life as a gardener, father, husband and friend. Not much about Ford despite lending his name to the museum. Just few automobiles scattered around. Word of caution: never buy a house next to a celebrity. Even if he is a friend and/or a business associate. 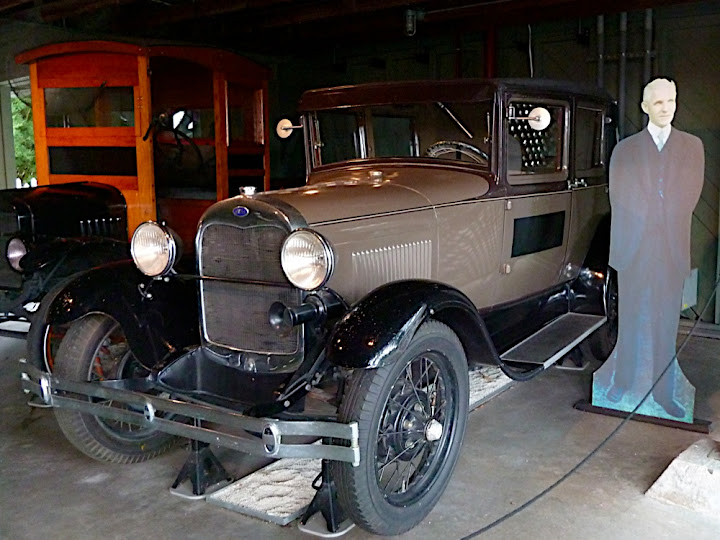 Ford and a Ford

It’s possible I expected too much: they charge an outrageous $20 entrance fee and in return you are subjected to a 5 minute presentation on how to use a mysterious device that lets you press a number and listen to a recording during your tour. The museum staff was not very friendly, but on account of our accents, and blank looks, was extra careful to show us how to press buttons. I was hoping for something more from the place that celebrates the inventor of the phonograph. They could learn from Pittsburgh’s Mattress Factory that uses QR codes that bring up the artists’ internet pages. What they have in Fort Myers is aging so quickly that pretty soon it can be part of the exposition. 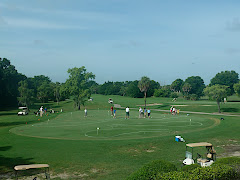 To uninitiated Florida is a place that consists mostly of strip malls and golf courses. One night our drive till you drop and look for a cheapest place to sleep strategy takes us to a golf resort. It’s really just a hotel with a golf course. Which become evident in the morning when we wake up to the sound of electric golf carts whizzing below our window. Coming down to partake in our complimentary continental breakfast I pass a roundish, solemnly looking lady explaining something to a few intense 10 years old. As I approach I steal a glance at the whiteboard and suddenly a lot of things become clear in my mind. 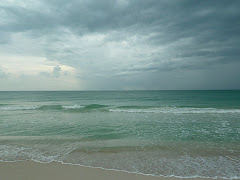 After living in New England for many years I still naively think about US as a country of a temperate climate with four seasons. Sure, I’ve looked at the hardiness zone map but colorful bands simply reveal higher temperatures as one moves down south. Nothing suggests the fundamental difference. Florida has only two seasons: dry and wet. Wet means humid and rainy, but that fails to truly depict the actual weather. Humidity throughout the day is absolutely oppressing. One gets drenched in sweat followed by continuous perspiration. A/C helps only if one stays inside 24/7; otherwise it’s simply a recipe for catching cold. The rain is not what I know from the north. Hurricanes, even if they miss a state by a safe margin, bring torrential pour capable of stopping traffic and producing puddles that can sink a car. Inpenetrable clouds change day into night. Lightnings take up half of the sky. Amazingly people here try to ignore all that and valiantly drive on, lack of visibility be damned.