There are at least two incredibly cool things to do when in Carlsbad Caverns. And somehow - by sheer luck and happy timing - we manage to strike both. The first is to see the bats flying out. The second - to walk down the natural entrance to the big room - preferably alone.

Bats flying out for the night of hunting are so spectacular that park service has built an amphitheater around the cave entrance. On Saturday evening there are so many people that we nearly give up. But we stay and endure the interpretive part. It’s not like we don’t learn couple of useful facts but the show is fine tuned to keep kids interested and public is invited to participate. The two things that guarantee I’ll be mortified cringing in embarrassment. The ranger somehow holds it together through questions like: how do bats give birth if they are hanging upside down? And: what happens if bat mom needs to give birth while flying?

But it’s all worth it. There are nearly 400 thousand bats living in the cave and when they do start to fly out you see the black column rising over the cave entrance and circling south. It’s less ominous in person, but great spectacle nevertheless. Bats are not graceful fliers. Despite of that, or may be because of that, they are amazing to watch. From time to time one or two separate from the black cloud and fly just above our head in pursuit of a bug. Our instincts kick in and we duck. We are assured that bats do not really fly into people but old fears die hard. We stay long after we can actually see anything in the dusk. 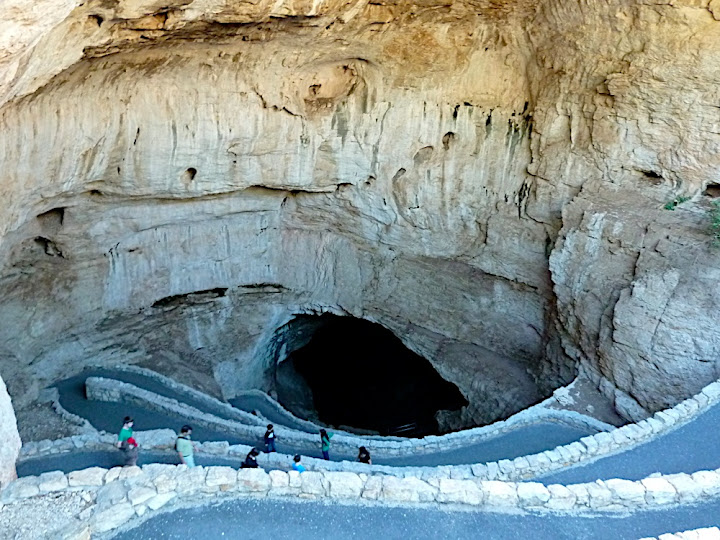 Apparently on some days park service also lets people in to see bats flying back into the cavern but you have to be there at 4:30 AM. And even in Mountain Time Zone which we just entered it’s way to early for us.

We do get up quite early next day acting on a tip from a helpful ranger. We enter the cave shortly after it’s open. Skipping breakfast allows us to descent in a relative calm and solitude despite Sunday. Most of the time we don’t see anyone else. Only once or twice we have to stop to let people pass.

Before you enter they ask you politely to whisper, but some people just don’t get it. It’s a cave and your voice carries and echoes for miles. This lack of privacy does not shut people up. It confirms my opinion that some humans are inherently unable to function without providing a constant background narration to their existence. If they stopped talking for a moment they would just disappear. And while it might be beneficial for the rest of us, their instincts won’t allow it to happen. 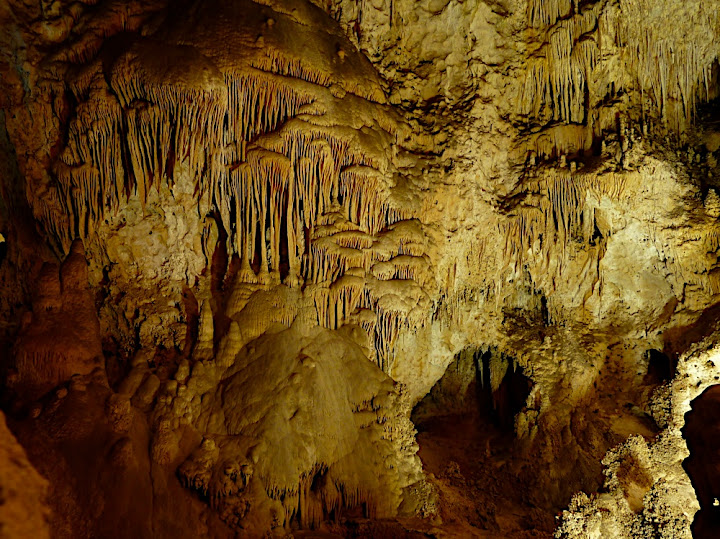 But it’s a minority. Most people do get rather quiet since what you see is beautiful beyond words. It’s better than the sum of all the great cathedrals ever built. It’s like a great symphony played in stone. Rooms are huge and ornately decorated. Ceilings are full of organ like straw pipes. There are shapes I have never seen before, strange creatures, exotic plants. Natalia claims she sees some motives that Gaudi was using when designing Sagrada Familia. And judging by names given to various chambers people have many associations. The mind tries to locate something familiar but it gives up in awe after a while. And every time you think you just saw the most amazing thing you walk down the trail and there is something even more incredible.

After 4 hours we decide to get back. It’s not like we run out of things to admire. It’s just I get quite cold despite an extra layer I am wearing. The temperature in the cave is at a constant 56°F (13°C). You cannot walk all the way back. Elevators whisk you to the sun washed surface. It gets way too hot really fast. The desert seems strangly empty in contrast to the obscene richness of the underground world.

In this case photos are even poorer imitation of reality than usual. Browse through them nonetheless. At least it’s easier than traveling all the way to this remote corner of US. But even if there was nothing else in New Mexico, Carlsbad Caverns alone would make getting here worthwhile. 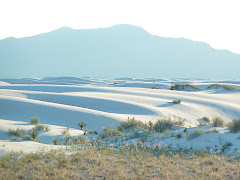 There is a place in New Mexico where you can sled down the hill of white sand. Differently from your normal beach sand this one is composed of small particles of gypsum, not quartz. We get here a day after a rare rain so dune surfing does not work that well, but we don’t complain. The view is stunning. A lot had to happen in the geological terms for all this to be possible. Rob, the ranger guiding the sunset stroll, patiently explains formation of the basin skillfully navigating between ignoring and entertaining 3 preteen boys. The rest of the group listens more appreciatively. 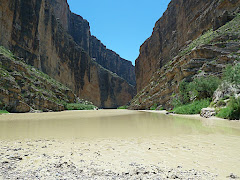 We’ve gained some notoriety. Or at least our truck has. We stop at a roadside exhibit and a lady and her granddaughter are asking us if we were in Langtry 2 days before. We strongly suspect ours is the only truck with Vermont registration plates here. It’s easy to spot us. People remark we are far from home. They have no idea. A border patrol officer at the checkpoint - yes there are checkpoints in US - seems confused. Is it Vermont or is it Poland we are from? But he stays polite. Looks at our Vermont driving licenses as if they were not real. I cannot blame him. They don’t look real to me either. We try to produce passports but he doesn’t want to see any other documents and waves us through.