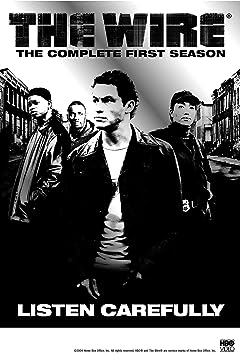 Needless to say, when traveling along eastern seaboard we couldn’t pass the opportunity to glimpse at Baltimore of crime-ridden fame. To add to the potential excitement we picked late evening to arrive on the scene. 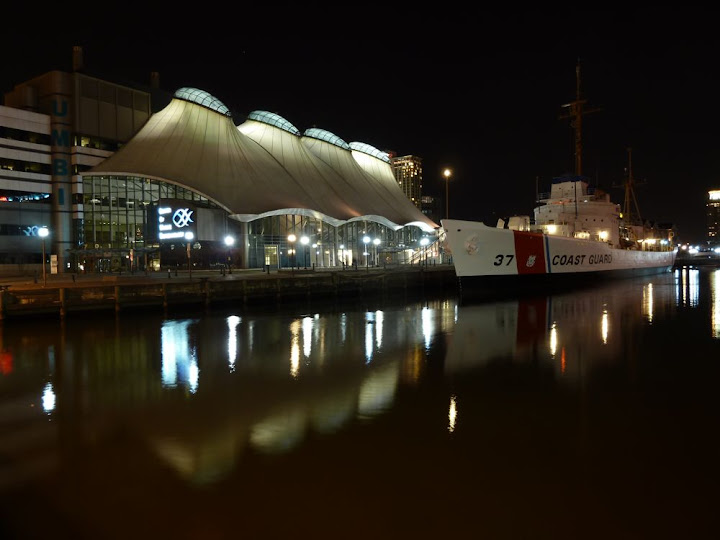 As usual the reality looks nothing like what you see on TV. Probably because we only walked along the newly renovated waterfront. We thought we spotted suspiciously looking individuals, but they turned out to be bouncers in a club - possibly a gentleman club given scarcity of posters or patrons.

But we didn’t completely miss a brush with illegal activities. The motel I picked turned out to be renting by the hour. The manager was pretty casual about that: complimentary breakfast in the morning, fridge and microwave in the room, hookers next door. He didn’t phrase it quite that way but if we had any doubts the noises transmitted across the thin walls were quite unambiguous. Surprisingly we stayed despite the warning signs: victims of our liberal principles, no doubt. It wasn’t some seedy place but a popular chain. Looks like franchise agreements do not preclude a profitable, if shadowy, sideline. 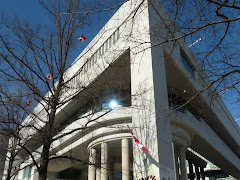 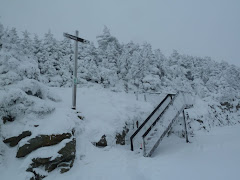 Snowstorm dumps a foot or two of white goodness. You are getting ready to snowboard the next morning when overnight warm wind turns powder to slush. Then the temperature drops converting the man-made snow to ice. As soon as you give up on riding in the near future, it starts snowing again. You cross your fingers and hope it’ll last this time. But you know it won’t. Vermont winter is a big tease. And it rarely grants the holy grail of snowstorm followed by a perfect sunny day coinciding with your ability to hit the slopes. Last season I was adamant not to miss it. I moved us to Killington and I was ready to ride everyday. And I had gotten lucky precisely once. The monster snowstorm came, brought so much snow that for a day I forgot what ice is and rode calmly in the eerie silence offered by powder. Sun was glorious and I was in bliss. And then it was over. Back to ice - hard-packed powder in marketing speak - for the rest of the winter.