After all those mountains, forests and deserts we are craving some urban experience. Sounds easy but it’s Utah. The only city of any respectable size is Salt Lake City. Formerly known as Great Salt Lake City. Well, let’s visit Mormons then. They don’t bite. At least as long as we don’t tell them about our atheistic inclinations. 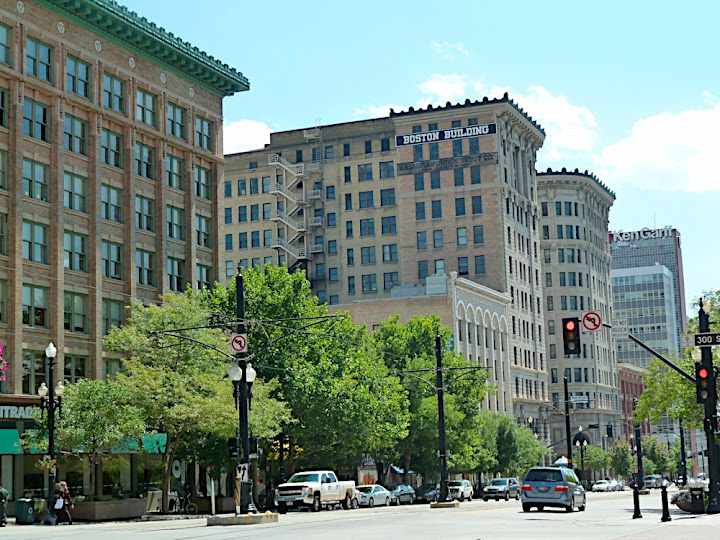 We arrive late afternoon and surprisingly we pay less for a downtown hotel than we’d spent on some two-bit chain motels. Parking garage costs $5. Yes, five dollars for 24 hours! I overhear a guest complaining there is a charge at all. Clearly he’s never been to Boston.

We want food and not just any food. We are in a city and expect to find a fancy restaurant. One that serves alcohol as the recent research shows that drinking improves health and prolongs life. Not an easy task in Utah. Surprisingly half of the restaurants are Japanese, so we capitulate and go to Takashi which turns out to be an excellent choice: sushi, tempura, soup, pork belly - all very tasty. We decide not to question why Mormons like sushi. Or maybe it is the other half of the populace as less than half of Salt Lake City citizens associate themselves with Latter-day Saints. 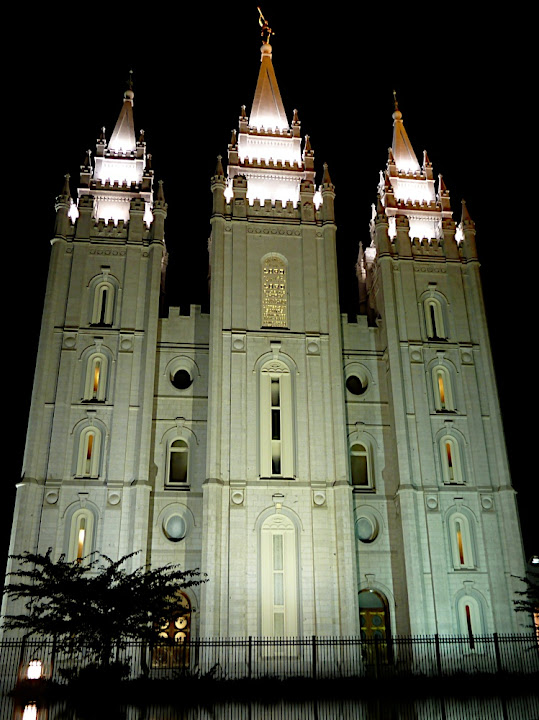 We visit the Temple Square and finally see Mormons up close working as guides. They look like Asian teenagers (granted it might not be very typical) and turn out to be too timid to try to proselytize but quite helpful telling us about wonderful statue of Christ, which we absolutely cannot miss, and the concert in the Tabernacle, which we have to attend. The latter is quite enjoyable, the former - let’s just say Mormons didn’t hire Michelangelo. Yet. The Tabernacle has supposedly an ideal acoustic which is demonstrated by dropping pins on stage. Yes, you can hear them fall, but they look like particularly loud pins from where we are sitting.

We don’t get to see the interior of the Temple as it is not open to the public. We have to take their word that is lavishly decorated, no expense spared, labor of 40 years. All that following an astounding fabrication of all time, the Book of Mormon. The history of golden plates, supposedly the divine origin of the Book of Mormon, reads like an adventure novel for teens with all the treasure hunting, vilains, seer stones and loss of 116 pages of translation that couldn’t be recreated due to Satan meddling. Straight from the Mel Brooks’ History of the World: Part I scene explaining why we’ve only got 10 commandments. In all fairness Mormonism, being less then 200 years old has a tougher task persuading the public of its supernatural inspiration then older branches of Christianity. Historical records on private life of the prophets are way to easily obtained. 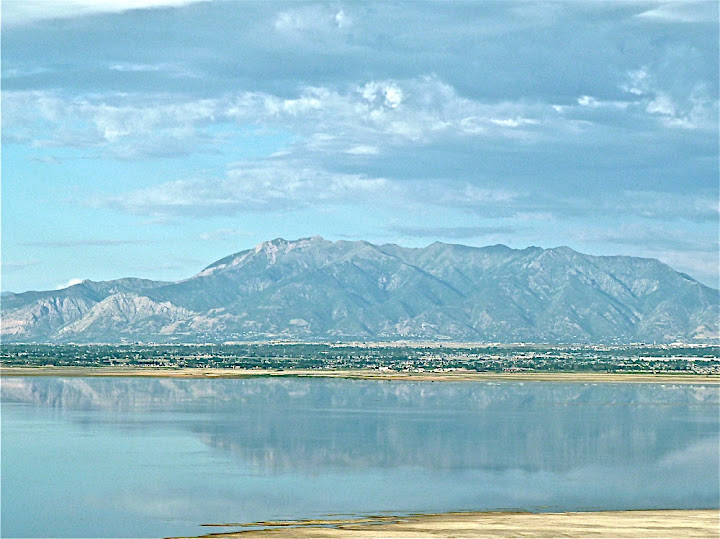 Between a lake and mountains

The downtown is quite walkable and livable with a nice mix of residential and commercial buildings if one is ready to ignore 10 blocks of religious insanity in the center. Still less conspicuous than Vatican in the middle of Rome.

The city is spotless despite major construction going on. The urge to renovate is a bit surprising. Wasn’t it revamped for the Olympics not that long ago? We are not sure if the construction boom is caused by Your Tax Dollars at Work program or is just a rare example of good stewardship of public money: after all construction during recession is cheaper. We do find a free museum of modern art with an amusing exhibition featuring 18 sculptures all modeled as elements of fully playable mini-golf course. We cannot resist trying our hand and once again confirm that our aversion to golf is well rooted in the reality of our incompetence.

The misfortune of being built between a lake and mountains makes Salt Lake City a difficult place to leave. And I mean it in a literal sense. Suburban sprawl could only grow sideways and one travels through miles and miles of former pastures turned into subdivisions between Ogden and Provo. We are trying to negotiate the traffic (how quickly one forgets the 11th commandment: you shall not leave town at 5pm) while debating whether watering grass lawns wastes less water than irrigating grass pastures. Cows seem more environmentally friendly but on the other hand the area under houses is not watered after all. If only no-one insisted on living in them. 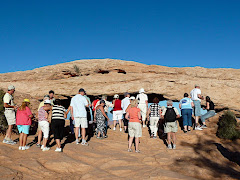 The common opinion is that American tourists abroad are a bunch of insufferable ignorants. Supposedly they take their prosaic habits, funny packs, running shoes and a desire to find a McDonald in France and proceed to trample all over the world’s treasures. Well, that may be. But if you hope that European tourists behave better in US you are seriously mistaken. Visiting Utah deservedly famous Canyonlands and Arches National Parks we are being unwillingly subjected to an invasion of German, French and Russian touring groups. Compete with one another in a strangely seductive game of let’s confirm the worst national stereotypes. 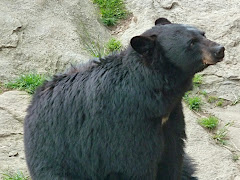