I may never have a chance to go to another planet. But going 20 meters under water surface is the next best thing. 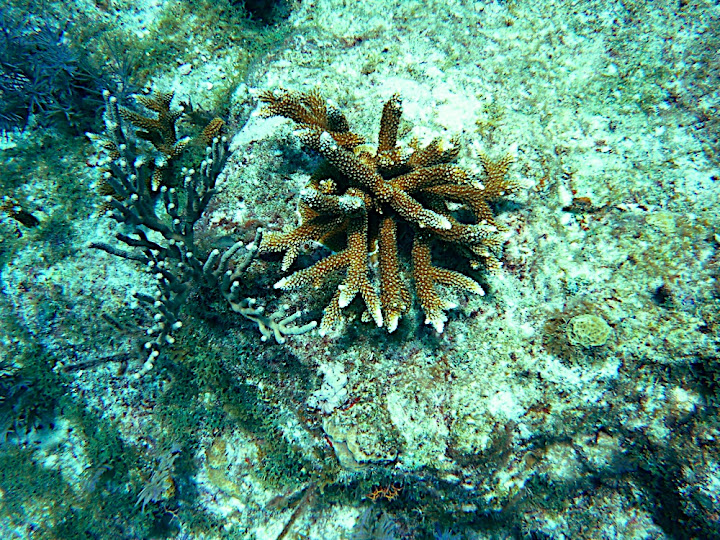 Too bad it might not last. And I am not worried about myself. There is still enough of sites for me to dive for as long as I want. But we might be the last generation that can enjoy it. Oceans are dying on us. It’s not even slow. Reefs are sick. Efforts to replant corals, however successful, have to compete with an ongoing rise in a water temperature (and no matter what you think about the reasons, the oceans are warming up). Fish population are at unsustainable levels. Unless you do go diving it’s hard to appreciate what we are all losing.

Human impact is unpredictable. Hurricane smashes aquarium tank in Florida and, boom, 15 years later you get an invasion of lionfish in Atlantic waters. Lionfish looks great but it’s poisonous and unfortunately does not have any natural enemies around here. Except for divers. In my short diving history I’ve wittiness 3 of them being captured and removed. One of them spotted by Natalia yesterday during a night dive. 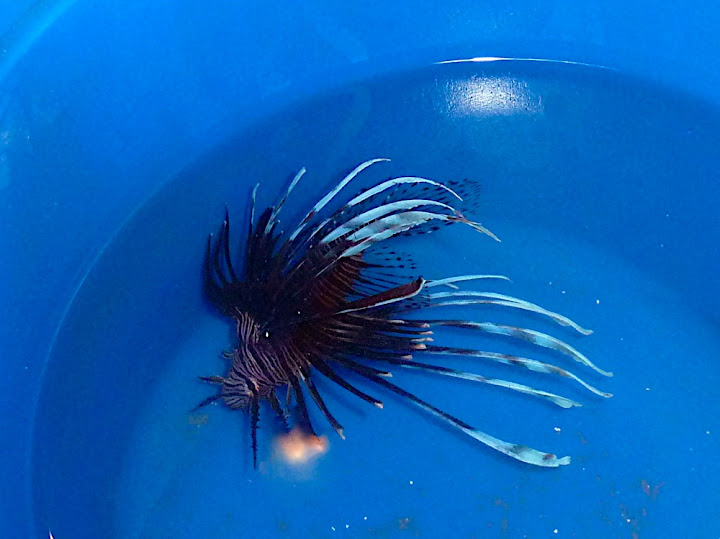 It feels good to do something useful even if you are incorrigible egoist like myself. But it might be a lost battle already. The best case scenario now is keeping a population in check if some kind of local parasite decides that lionfish is a good target. Or if anglers take notice: lionfish are allegedly tasty. So there is still hope.

And if you are still worrying about this little oil spill, you can relax now. It doesn’t matter. Really. Blowing up some wells and spilling oil is small potatoes when you compare it to the amount that we successfully extract and burn every day. Don’t waste your energy being outraged with BP. Were you outraged by Saudi Arabian feudalism? By Niger delta environmental disaster? Have you even learned about Ixtoc oil spill before it became a benchmark for the current accident? Do you know how often oil is spilled? And I am not talking about overfilling your tank. We want our homes big, our highways wide, our cars fast and our gas cheap. BP and other oil companies give us what we want.

What you do, how you eat, where you work and how you get there, how you spend your money does matter. And if you don’t care you can always go to another planet of course. Because there are so many of them in the neighborhood. 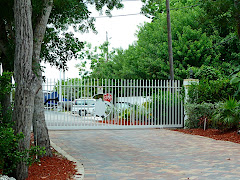 We were poking fun at the pervasiveness of security measures in Key Largo and had received a karmic retribution: somebody had stolen an iPod from our truck. We must have forgotten to lock the car after lugging our diving gear inside. Unfortunately no-one is interested in cashmere sweaters here as our bags with winter clothes were left intact so not much chance of simplifying the packing. As you may recall we live in a gated community with a guard and security cameras. To me it demonstrates that petty larceny can’t be eliminated and most attempts to do so are a waste of money. Somehow I don’t believe the grand theft and violent crime would be rampant if guards were let go and cameras shut down. 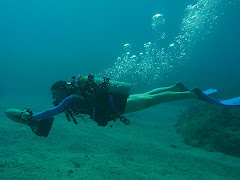 If wrecks and reefs and fish don’t make your diving exciting enough there are always gadgets: knife, torch, safety sausage (really) and the biggest toy of all: underwater scooter. Which of course is not a scooter but a diver propulsion vehicle or, in PADI speak, DPV. By the way, diving argot is full of acronyms. Starting from SCUBA of course, which stands for Self Contained Underwater Breathing Apparatus, through BCD, BWRAF, CESA, DAN, DIR, PADI and VENTID. Pretty much each and every word is an acronym for something else. No wonder computer geeks were left with GNU.