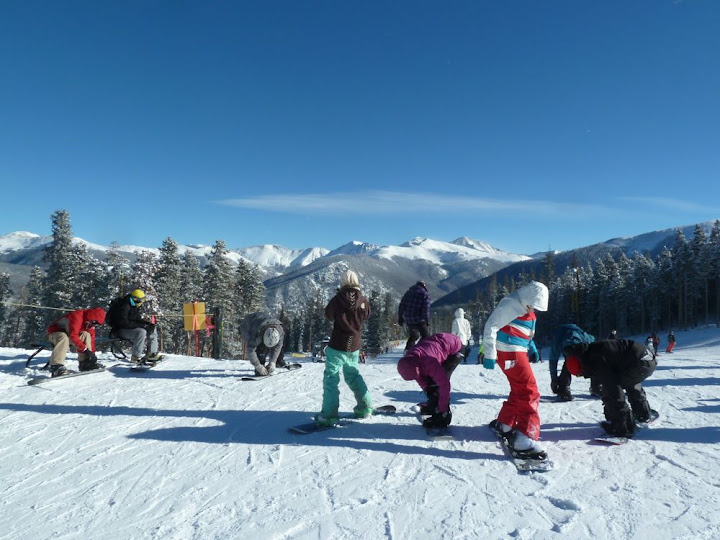 There are differences that can be overcome under holy (or utterly unholy in my case) matrimony. Skiing vs. riding split is not one of them.

First of all boarders are just too cool for their own good. Look at the way they dress. There is a law that you can pinch a snowboarder and have at least an inch of clothing without touching their body. To be perfectly clear I recommend against pinching. Even if the said snowboarder is your betrothed.

Then, there is this whole snowboarders have more fun myth. They are annoyingly insistent on proving it. Wanna race is what I heard proximately a week after my wife transitioned. I was too stunned to protest. The invitation was of course extended to my better half, not to me. The invitee was no older than 17. Although all snowboarders look and behave like teenagers so I couldn’t tell for sure. I like to think I am as far from so called male chauvinistic pig as you can get before dark forces of cultural stereotyping claim your man club membership, but I did feel it was vaguely inappropriate. I gathered my poles and skied down to sulk carving my GS turns carefully.

Of course normal skiers, and by that I mean skiers not married to snowboarders, have ample opportunity for the sweet revenge. Just give me an unexpected flat concluding an otherwise regular trail and snowboarders fall apart. They resort to comical jumps, unbind one leg and push awkwardly sweating and swearing before giving up completely and stepping off the board. Unless of course they have a designated spouse skier (that would be me), who extends a helping pole and whips a snowboarder forward. After many years I’ve actually got pretty good at it. To the point Natalia and I get applause when we perform the maneuver.

I get a lot of sympathy from the fellow skiers. It’s not you fault a guy in the ski patrol uniform said to me. I must have looked stunned since he decided to clarify It’s not your fault she chose to be a snowboarder, you don’t have to pull her. I wanted to say She’s my wife but somehow I could not envision a couples’ therapy session on the slope.

I am actually quite proud of my snowboarder pulling skills. I dream that International Olympic Committee finally breaks down and includes it in the program of winter olympics. I think I would have a shot at a medal. Well, it’s better than curling one of my skier friends said when I shared my idea. Exactly.

It’s not like I did not try - so to speak - to play for the other team, prompted by my snowboarding wife’s taunts. I have boots, Natalia’s old board and broken ribs to prove it. I took a lesson. Me and 7 teenage girls with high pitched voices tuned carefully to attract the attention of the teenage boy of an instructor. During the 3 hours he looked at me for approximately 15 seconds, concluded that I am not going to kill myself on his watch and proceeded to help the shrieking hordes picking them up with what looked to my untrained eye as uncalled for intimacy.

Left to my own devices I spent the day sliding off the bunny slope. For an inexplicable reason people started calling me dude. One girl actually stopped to recommend a butt protector. I never felt so humiliated. Every time I found myself falling I wanted to stand up and tell everyone that I am actually a decent skier (or at least I have a video somewhere that I am not ashamed of). And let me explain a big difference between skier and snowboarder fall. When you fall down on skis - even at high speed - you don’t hit the ground all at once. You usually keep sliding. It does not look dignified and you can still kill yourself but most of your kinetic energy dissipates before your butt hits the snow. Falling on a snowboard is not like that. Catching an edge catapults your poor body into the ground. Whatever momentum you had is dramatically and instantly translated into broken wrists, bruised knees and, in my case, injured ribs. Which subsequently mean no laughing till the end of the season. And waking up in the middle of the night every time you want to turn around in bed. Which you happen to share with your better snowboarder half.

But I rarely give up. And I still have those boots and the board. So if you find yourself in Keystone this season and see a struggling boarder repeating I am a really good skier to everyone who stops to listen, that would be me.

My lovely wife, in the meantime, will be racing 17 years olds. 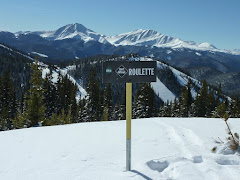 I am a cautious person. Too cautious according to people who know me well. Not as skilled at inventing failing scenarios as my mom, but perfectly capable of spoiling a good adventure by warning all involved about the possibility of road closures, beer shortage, inclement weather and 997 other minor cataclysms that can (and will) happen. When we were driving to Colorado I was - silently - mortified about the possible problems we may encounter. First of all, snow was persistently missing. It was sort of expected since we took a southern route with an explicit purpose of avoiding winter weather. But 2 days before arriving in Keystone we were still in Texas, hiking in balmy 60 degrees and I started to panic. The perspective of moving all the way to Colorado only to be left at the mercy of man made substitute was beyond ironic. 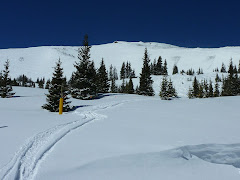 I am superhuman. No, I wasn’t bitten by a spider. My bones were not injected with metal. My DNA was not manipulated and I cannot start fires with a blink of my third eye. I do not even have the third eye. But I do feel like I can do things that mere mortals were not intended to do. It does not last long. Couple of turns, couple of meters, yards or feet. Sooner than I would have liked it I am back to my normal, boring self. If you blink, you miss it. But from time to time on a day like today I am filled with happiness that comes from knowledge that I can do no wrong. My only worry is which of the seemingly endless possible lines I should pick. The only sound I hear is the wind. The only goal of existence is to engage in a crazy impossible dance that moves me downhill.