And I know basic rules: don’t order fish special on Monday, be weary of the places with long menus, skip the dishes that are listed but no-one eats them and avoid mussels unless you personally know the chef. I know better than to annoy people handling my food. Basic survival skills. 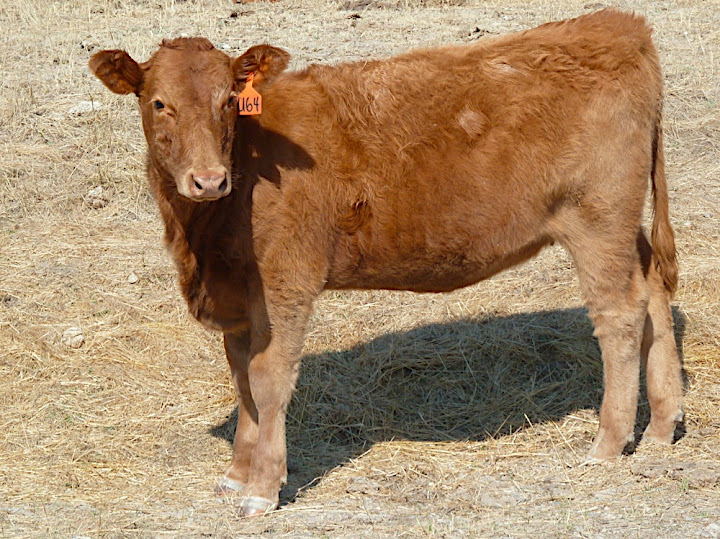 All these assumptions and knowledge fail me epically in a beautiful state of Nebraska. First of all each and every eatery offers the same staples: hamburger, steak, broasted chicken, fries. You can get your hamburger Deluxe - which means a slice of a red veggie (I would not call it tomato - despite the looks it doesn’t taste like one), a wilted lettuce leaf and a slice of onion. It gets old quite quickly but apart from monotony there should be nothing to complain. Preparing hamburgers, steaks and fried chicken is not exactly rocket science. I can do it at home, I am pretty sure that it can be done in a more professional setting.

To complicate the matter farther, good people of Nebraska are not exactly avid users of yelp and the likes. It’s possible we are missing great places just because they are absent from the interwebs. So when we end up one evening in O’Neill we feel lucky. This place actually has a restaurant with multiple reviews and 5 stars show up in google search opposite its name.

The place decor makes eighties look lively, but hey, we are not here to admire the scenery. We are relieved to see couple of Irish beers on the menu which is a nice change after being presented with a choice between Bud and Bud Light a night before (BTW: what’s up with that? Does Anheuser-Busch has some kind of exclusivity agreements with places here? Is it bad will or just ignorance?) The menu is a standard Nebraska issue: hamburger, steaks, a lonely fish dish. They also have Mexican fare and pastas. Trying to cover all the bases probably. I order a recommended New York strip. Knowing my language limitations I nearly end up spelling my medium rare preference. As in: I won’t be offended if I see some blood. Natalia opts for spaghetti and meat balls eager to eat something different after a week of hamburgers.My dish arrives with a UFO like shiny object in the middle. I am pretty sure I ordered Irish potato wedges, I protest weakly. Yes, you did, the waitress says nodding. Honestly confused and not meaning to be snide I ask Are these potato wedges? I do not really know how they are supposed to look like. Maybe if I unwrap the silver foil something more wedge-like will emerge. No, she says, It’s a huge whole baked potato. I told them to do wedges and then she walks away. OK. This is what people call cultural difference. I chalk it up as a learning experience and start eating.My steak at some point was probably medium-rare but since then it managed to pass the medium stage and is on its way to the dreadful well done-ness. There is a sliver of pink in the middle of it and it tastes like, well, it actually does not really taste at all. Suddenly the guy at the next table smoldering his steak in ketchup looks like he knows what he is doing. Natalia’s pasta is kind of OK. If you manage to ignore the red blob in the middle that I think had ambitions to be tomato sauce at one point. What these people have against the tomatoes is beyond me. Must be some anti-Italian vendetta going on. When I ponder that, my potato wedges get thrown on the table. I am relieved to see they do look like wedges. At least something checks out. I give them a try and it dawns on me: this is why people eat at MacDonald’s.

The place is not cheap. Not expensive as in Boston Saturday night out. But it would get us a decent meal in most places in the country. And this is the beef state (at least it was according to its license plates mid-century and countless cows we pass along the road). If they don’t know their steaks what do they know? Should we tell them that 99% of pasta sauces in any New England supermarket actually taste better than what’s on Natalia’s plate? I don’t know why: maybe it’s the fancy herbs thing.

So I am disappointed. And for the first time in my life I am tempted to leave a small tip. Although when you think of it, wait staff in a bad places should probably be tipped more. It’s harder to keep people happy when the food is bad. As I wait for Natalia in the motel parking lot I start typing my first bad review ever. And then my karma kicks in.

First, submitting the review crashes my phone. That explains why the restaurant has its 5 stars: I’ve always known hackers make good friends. Then I realize I’ve left my sweater at the restaurant and I have to drive back to retrieve it. So I go back and they are so perfectly nice about it I actually feel guilty about not liking their food. Or leaving a small tip.The hostess says We did not know how to find you. I was thinking of calling local motels. The waitress emerges and wants to know how far we went before realizing I’ve left it. I won’t be filing that review. And I won’t tell you the name of the place. I’m not risking karmic retribution again. And it’s not like you have an alternative around the corner in O’Neill. Your best bet when traveling through Nebraska is to have a trunk full of provisions anyway.

What really disquiets me is that I used to take all those good meals we had during this trip for granted. I rarely bother to update yelp. I should and will do it more often. Ravine in Oxford, MS, The Kitchen in Boulder, CO, Village Bistro in Tannersvile, NY, Cargo Portside Grill in Brunswick, GA, La Boca in Santa Fe, NM and many, many, many others I am sorry. You guys do wonderful job and I do not appreciate you enough. 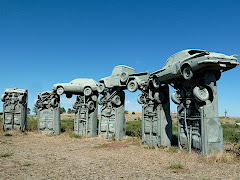 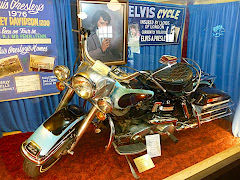 Pioneer Auto Show in Mudro, South Dakota is a genuine road side attraction. Row after row of early cars. Building after building of period pieces illustrating life on the plains in the first half of the 20th century. A huge barn full of tractors. Collection of motorcycles including one that belonged to the King. One of the first custom made houses on wheels a.k.a. RV. It’s all dusty and the smell reminds me of my grandparents’ attic - not necessarily in a good way. It sorely needs money: audio narration mentions cars absent from exhibits - probably sold to help the site survive. It sure could use some public funding and a professional curator to de-clutter displays and put them in historical context.