This is the place where the longest war ever fought on this continent started. By modern estimates over 20 million people perished. Land was devastated. Nations were lost. Biological warfare was used by aggressors. Brutal propaganda was unleashed to portrait invaded as uncivilized, cruel savages without religion, language or or farming skills.

As a result Europeans have won a new rich and unspoiled continent, which they proceeded to misuse and exploit. American Indians were resettled into practically uninhabitable areas, stripped of their democratically elected governments and forced to lead substandard existence.

Acoma is where it all started in 1598 where inhabitants of the village killed 13 Spaniards who were scoping the country for the legendary cities of gold. That was a short lived victory. Spanish were back with more troops and a cannon. What began there and then did not end until 300 years later when last remaining free indigenous people were forced into reservations or interned in American forts used as makeshift prisons. 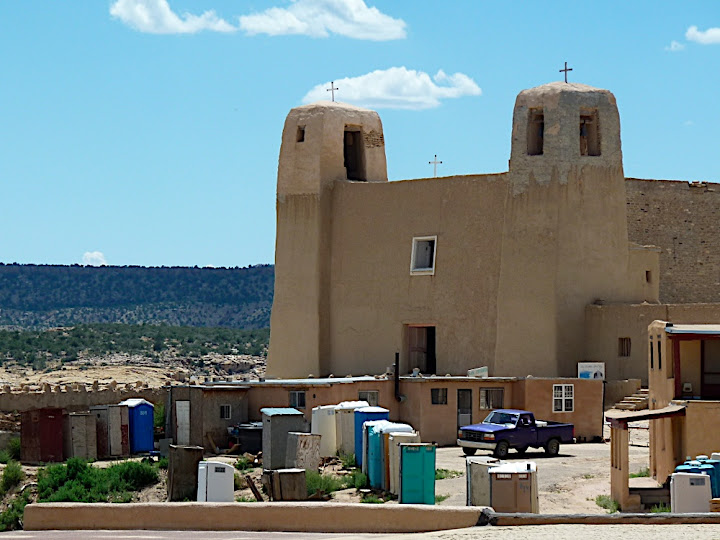 As James W. Loewen writes . The propaganda is very much alive. Driving here we pass through the ghost towns of the silver and gold boom of the second half of 19th century. Roadside historic markers present European settlers as innocent victims of senseless Indian attacks conveniently omitting the fact that the latter were fighting for their land and their way of life. They portray the difficult life of colonists and miners in the land infested with Apaches. Really? Someone thought that infested is the right world here. We were coming to mine their land and surprisingly they put up a fight. And one 150 years later we stop short of calling them vermin. 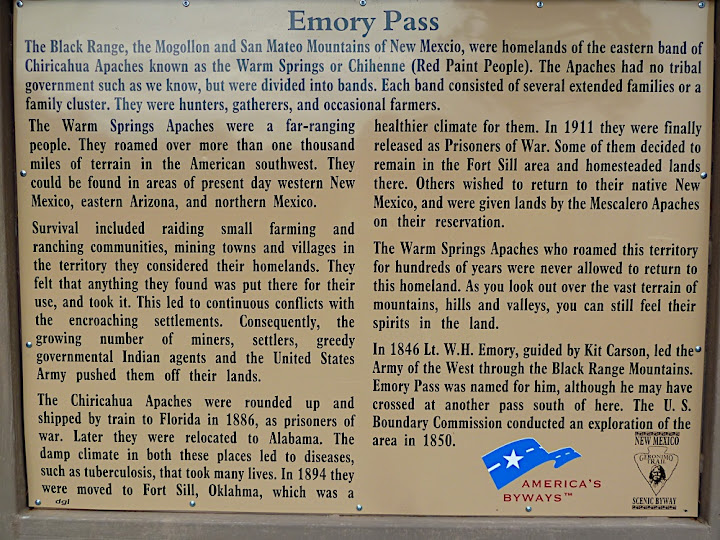 I try to keep that in mind when we tour Acoma. Our guide weaves in sentences spoken in the native language, tells stories from the past, describes customs and celebrations. Mindful of us - his guests and paying tourists - he remains calm and reserved when recalling the injustice of the past. Spanish not only enslaved his people, they also proceeded to indoctrinate and civilize them, which meant building enormous church and the proper graveyard. There is really no dirt on top of the mesa. It had to be carried by women and children from the desert floor. One more instance where religion is used to justify the immoral war started purely for economical reasons.

Serving in the military is one of the few ways Indians can improve their status so they choose to consider themselves Americans proud to defend their country. Never mind American government used to curtail their land use. It’s the Spaniards who were the enemy. At least in the version of history presented during Acoma Pueblo tour. 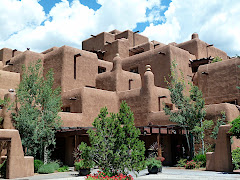 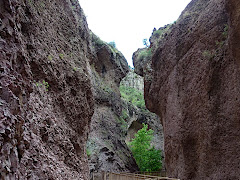 Today we were dehydrated. We took only one bottle of water for what we thought was going to be an easy short hike. But in pursue of an elusive silver mine site the hike turned out longer and more strenuous then planned. It went surprisingly high up a slope drenched in the unforgiving sun light. And to our dismay instead of looping back to the parking lot it veered onto the other side of the mesa: we had to retrace our steps to get back. Park service advises to drink at least a gallon per person per day when outdoor in arid climate and they have it right - we drank about that amount upon return to the car after several hours of hiking the Catwalk followed by the Gold Dust trail in Gila Forest.