This is the first time I am voting in American elections. And I am dead serious about it. I need to decide whom I like the most. And I do mean an emotional positive response, not the result of a rational analysis of pros and cons. The neuroscience finally excused us to pick politicians on looks and other superficial factors: a decision making process is about emotions not reason. 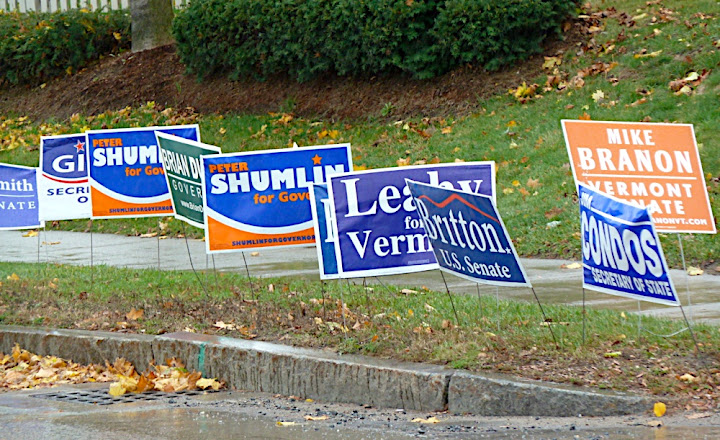 That’s not the first campaign we witnessed in US but we’ve spend the last 6 months traveling and completely missed all the campaign adds and candidate canvassing. We’ve arrived home the night before election day and the only option I have is to try to learn all about candidates from their websites.

US Senator incumbent, Patrick Leahy, a democrat, has been a senator since 1974. No wonder he looks old. Sometimes referred to as the cyber senator, Leahy was the second senator to post an official homepage on the internet. Unfortunately being first (or second) to do something doesn’t necessarily mean one does it well. His campaign site makes it easy to see which issues he considers important but one has to read carefully to figure out what position he takes on each. Concise he is not. I hope this is just ineptitude and not a conscious attempt to ensnare lazy voters.

A republican challenger, Len Britton, looks spry and why shouldn’t he at 54. [He] is a ninth-generation Vermont businessman with hopes to produce tenth-generation of the same: he has excessively contributed to overpopulation with 5 children. So did Dan Freilich, a democrat challenger running as independent. At least he is a doctor who lived outside Vermont. He looks good and his website is well organized with bullet points and clear positions on issues. According to an American voting principle of which candidate would you like to invite to dinner - as if being a desired guest is a determining qualification for a candidate - he is the one for me. He did a stint in the navy but I know people who did that and still turned out ok. Alas he has no chance against either Leahy or Britton. Americans rarely elect candidates outside the two dominant parties. 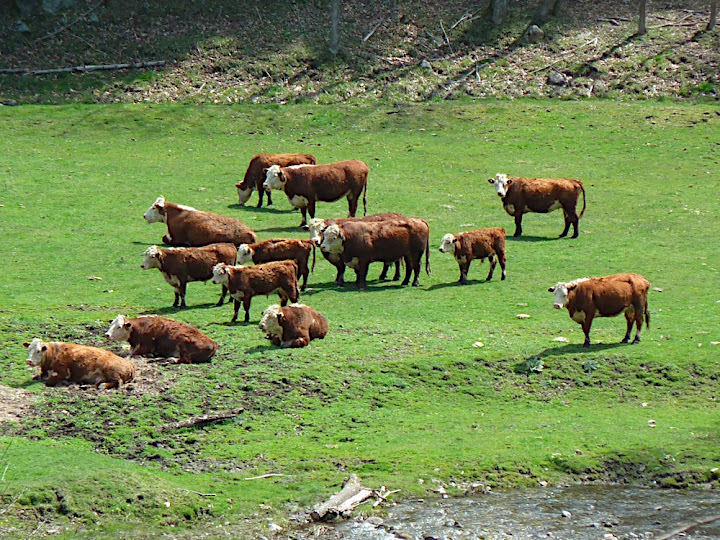 A democrat incumbent for US congress, Paul Welch, also has 5 children. What’s up with Vermont politicians breeding like rabbits? A republican challenger, Paul Beaudry, believe[s] that the life of the unborn is precious. Not so much the born life as he will NEVER sign any bill that violates the 2nd Amendment!. From that we are to understand that he is for unrestricted possession of guns. Somebody should explain to him though that signing bills that violate the constitution is not what congressmen are asked to do on a daily basis. He also pledge[s] to provide our military with the tools necessary to achieve victory in the War on Terror. He probably thinks it’s still 2006 which is when even Bush administration stopped using that term. I assume that by the tools necessary he means - among other things - guns, bombs, planes and things that effectively kill people. And I don’t like the way he smiles either.

Governor race features a republican Brian Dubie and a democrat Peter Schumlin. Much to my surprise there is a separate ticket for lieutenant governor so it can come from a different party than the governor. I shouldn’t be that surprised as this arrangement is practiced by 18 out of 43 states that have lieutenant governor office. And it is not as bizarre as the original procedure of awarding the US president and vice-president offices to a winner and a runner-up. But it was changed way before we could have a chance to witness a potential Bush-Gore administration.

The list of officials to elect goes on and I am starting to feel overwhelmed: state treasurer, secretary of state, state auditor of accounts, state attorney general, state senator(s), state representative(s), probate judge, assistant judge(s), sheriff, high bailiff, and justices of the peace. Am I expected to read positions on issues for all the candidates? I can’t even find who’s on the ballot for some of them. As I vote it turns out that the ballot features only one candidate per slot for some of the posts so it’s not much of a choice anyway.

The mechanics of voting are different from what I am used to. In Poland’s parliamentary ballot is a several pages long booklet. Each party has a separate page and you put an X next to your chosen candidate from your favorite party. Your vote counts twice: each party is awarded seats proportionally to the number of people who voted for it, and then people from that party who got most votes get into parliament. Here you just vote for a person. That seems much simpler but practically ensures unchallenged domination of the two major parties. Which does not stop people from fringe parties to be on the ballot. I get a chance to vote for a guy from United States Marijuana Party for governor if I am so inclined.

When we show up at the polling station my first surprise is they don’t want to see our driving licenses. It makes sense: voting is a basic right that shouldn’t be curtailed by lack of photo id. The voting does take some filling in ovals with a provided pen; putting an X is not enough. When I’m done I start looking for a ballot box and can’t to see any.

One of the ladies points out to the big machine that looks like a laser printer. In Poland the ballot box is usually draped in national colors. Here it’s a grey office appliance that says Diebolt on the front. I push my ballot in and the machine scans it purring quietly. As much as I like technology and don’t have much patience for conspiracy theories that makes me feel a bit uneasy. I would be hard pressed to find a better use for open source software and hardware than voting machines. Why am I expected to put my trust in some unknown programming team skills? At least this type is just a scanner. The paper ballots are still there if some group of masochists would like to recount them.

But thanks to the technology I can check the results from Killington the same evening. Looks like we’ve introduced a bit of a diversity around here. Perhaps not enough to stop the town from seceding and joining New Hampshire one day, but it’s good to know we’ve left our mark. Literally and figuratively.

United States hold a dubious distinction of establishing the most unfair healthcare system among the nations of the developed world. Unfair as in marked by injustice, partiality, or deception. And unfair as in not equitable in business dealings. It has been hard not to think about the healthcare lately. It was a hot topic in the most recent election despite its overhaul enacted just this year by Democrats. Republicans’ promise to ‘defund’ the bill may have been one of the factors that brought them the House majority. 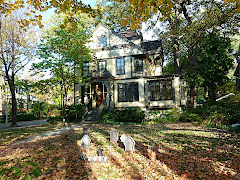