Droid really does many things. Quite frankly I am not sure what it doesn’t do.

Well, to be honest I am not 100% sure it actually does the whole phone thing. I live in a near perfect cell phone wilderness. As far as cell phone companies are concerned, some parts of Vermont didn’t quite make it into 21st century. There are cell towers somewhere in the neighborhood, at least according to droid, and - during skiing seasons - there are plenty of people who annoy the rest of us babbling in the gondolas and on the lifts. But they might be just showing off their latest phones to the captive audience, not actually talking to anyone. 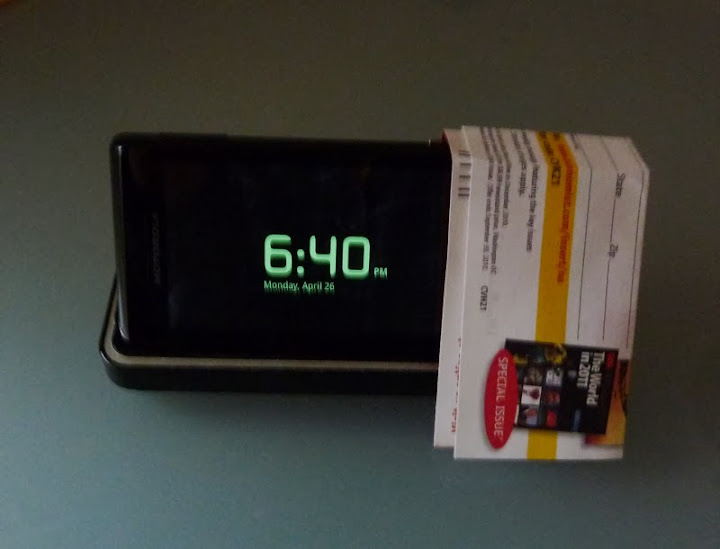 In any case, I am not complaining. I never really wanted a cell phone. I already had a nice not-working-here cell phone, but droid can double, or triple, or quadruple - I could go on - as many other devices.

It has a car mount that automatically turns it into navigation system. So far we established that it can find Killington post office. It’s great because Killington post office is one of the few places in the neighborhood where cell signal is delivered. You have to drive there to activate your phone (if you want to use it as a phone which as we already established I don’t). By the way, the other place with rudimentary cell coverage is the dresser in our bedroom but it has a glass top and the whole business gets rather uncomfortable pretty quickly.

My droid takes pictures and shoots movies. It geocodes pictures. It tells you where you are thanks to the infinite wisdom of google gods. The problem is that google insist on placing me in Boston whenever I am connected to my wi-fi router and teleporting me to Killington whenever I step outside. I tried to fight this, even logged on to a special website and entered all the MAC addresses I could think of but it didn’t help. After a while I accepted that google really does know better, and who am I to try to enforce my limited vision of reality on it. Especially since the droid, unlike some of my friends, never makes fun of my accent. I can tell it navigate to the post office and the worst thing that can happen is that it responds do you really want to find the nearest zoo?

Back to the droid though: it downloads my podcasts (without which I cannot cook - a different story) and it gets my RSS feeds. It measures my workouts, or at least it would measure them if I bother to work out on a regular basis. Its nice power supply stand doubles as a clock radio. You just need a special, not provided(!), piece of paper that covers soft buttons, which have an annoying habit of switching on in the middle of the night. It reads barcodes and qrcodes: an infinite source of joy. If you like living on the edge, you can even turn it into a wireless access point for all your other gadgets. Not that you need your other gadgets any more. And if you insist on talking on the phone, but feel too cool for a plain old cell standard, there is always sipdroid.

This past weekend we discovered that the droid can record our hikes and publish them for the whole world to see. We took it to the top of Cherry Knoll and to Bear Mountain. After all those years of hiking and skiing here I finally established that the Bear Mountain summit is exactly 999 meters above the sea level.

All these for 20 bucks and selling your soul to Verizon for 2 years. I am looking forward to using it on our trip. Even if it means that it will be teleporting us back to Boston from time to time. 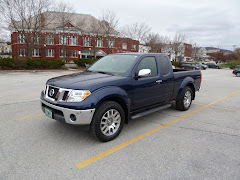 I never wanted a truck. Let me say it differently: the truck is the last thing I ever wanted. Especially in the current (bad pun intended) climate. I can just picture all my liberal I’d bike to work if I could friends making snide comments. And all my conservative friends secretly hoping that the truck is the sign of the things to come. Well, it isn’t. It’s just that Natalia and I took some time off to travel across this beautiful country. And when we started making lists of all the things we wanted to take with us; and when we pictured our bikes, our diving gear, our hiking gear, our camping gear and - last but absolutely not least - our computers crammed in the trunk and back seats of our poor sedan, we came to the conclusion that nothing else will do. 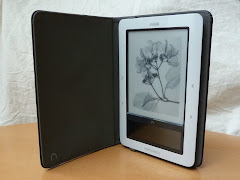 When we planned our trip we resigned ourselves to getting by without some of the perks of civilization (regular meals, hot showers, morning coffee or morning commute). There are however things on which I simply refuse to compromise. One of them is the access to printed word. I am very much so a Gutenberg junkie. In an hour of despair I have been known to plunge for a fix into a flowery language of washing detergents’ blurbs. Which, for uninitiated, is quite similar to Ewan McGregor’s plunge in Trainspotting. Let’s just say it’s not mentioned in polite society.