We all want to be cool. And obviously I am not talking about surviving the scorching weather outside: finally a place where mere walking is a taxing exercise.

What I mean here is this wonderful word that one uses to describe people, behaviors and things one envies, admires and ungracefully attempts to imitate. 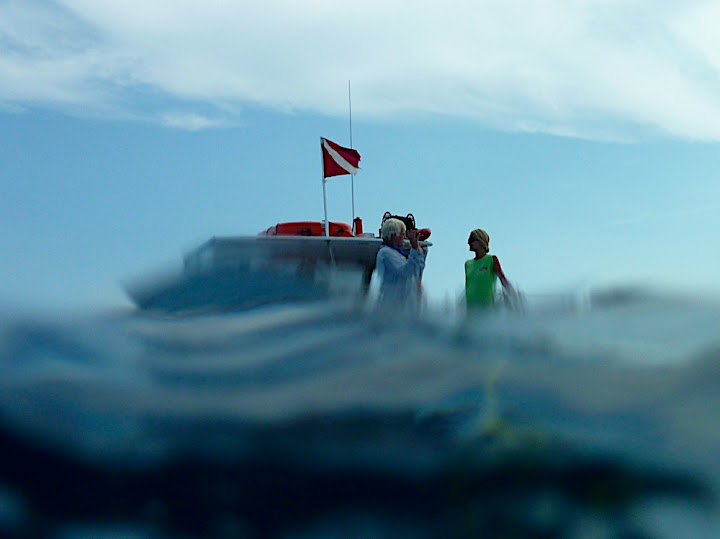 Differently from high-school, the cool - the boat crew, the dive master and the guides - extend their circle to the uncool for the duration of a trip. Nothing sinister or dishonest here. It’s more like a charitable act and of course they are genuinely excited to share their passion for diving. They pity the uncool - customers - who spend their days in the office. The camaraderie culminates underwater and breaks entirely after we dock. We part ways having briefly belonged to the cool crowd, entertain for a moment a thought of becoming a scuba instructor and safely return to our cubicles promising ourselves to work on our tan and muscle tone before diving again. 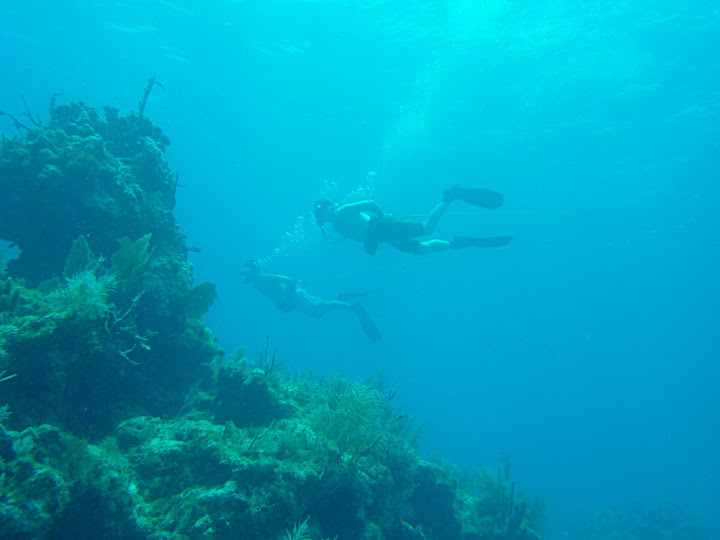 Diving actually justifies much bigger sacrifices than just feeling uncool. They include puking in public, cutting down on one’s alcohol intake, sunburns on selected body parts, acting like an idiot at least 3 times a day, slipping when attempting to jump into the water, landing painfully on one’s behind on the deck, being unceremoniously catapulted into said water and finally getting a standing ovation from both the cool and the uncool crowd when one surfaces after that nearly impossible act.

However if feeling uncool while scuba diving still bothers you I have two words for you: hookah diving - infinitely less cool way to explore the underwater kingdom. 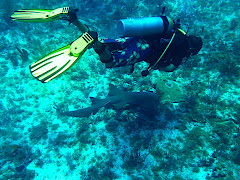 This is what we came to Key Largo to do: scuba diving. Possibly the last chance to do so courtesy of BP. Reefs are shallow and thus accessible here. Water is not as clear as we remember from Curacao or Caymans making dives even more otherworldly: a gigantic eagle ray flows majestically flapping its wings like a giant bird. A turtle slowly swims by to the surface. One nurse shark sleeps under a reef.Another one feeds with its snout under a rock and goes still when we approach. Later we spot a stingray half hidden in sand waiting for prey. Dive guide points out a peacock flounder that we cannot see until it moves.

We have this road atlas on which most of US states take exactly two pages. Four pages if they are really big. That does not exactly let you appreciate that Rhode Island is the size of a large city and Pennsylvania is nearly as big as North Korea. Except that the size of North Korea is obviously a state secret and inversely correlated to the height of its leaders. Our truck seems to think that we covered 3500 miles so far. I find it hard to believe since that should take us to the West Coast, not just to Florida. However I am not going to argue with a helpless machine. And all these driving around when we were lost, and turning back when we missed something Natalia wanted to take picture of certainly adds up. Now that I look at the map I realize it would also help if we travelled West and not South.