These things tend to happen without any special planning. Pyramids, Easter Island Statutes or elaborate churches in the middle of Indian Pueblos. Civilizations that are on a verge of ecological disaster make this last stab at greatness and spend their meager resources on something completely impractical. If one admits that a culture can commit suicide this is surely a showy way to go. 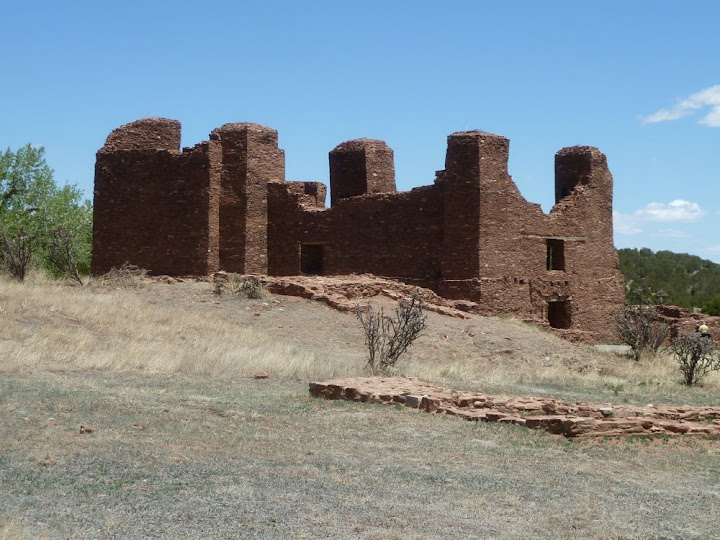 Well at least Pueblo Indians did not invent all those crazy ideas all by themselves. They were coaxed, convinced and threatened by Franciscans who arrived to teach and convert indigenous population. Scraping a living on the dry desert was always hard. Spaniards brought goods: metals, crops, animals - all seemed like an improvement. Accepting their religion might have been seen as a small price for all that bounty. And it’s not like there was any other choice.

It was the beginning of 17th century. Europe had its Gothic cathedrals in place. The Catholic Church was ready to collectively forget the trauma of the reformation. Some form of the religious freedom was practiced on the continent. On the other hand Ottoman Empire was still a force to be reckoned with. The vision of muslim Europe was very much a possibility at least until 1683 and Sobieski’s victory at Vienna. On the other side of the continent Spain was still busily digesting its newly found wealth. Unlike Anglos colonizing New England, Spanish emigrants were mostly men and they were encouraged to intermarry with locals. Expanding Christianity was just a natural thing to them: delivering more souls to embattled Rome, and delivering more wives to the lonely conquistadors. 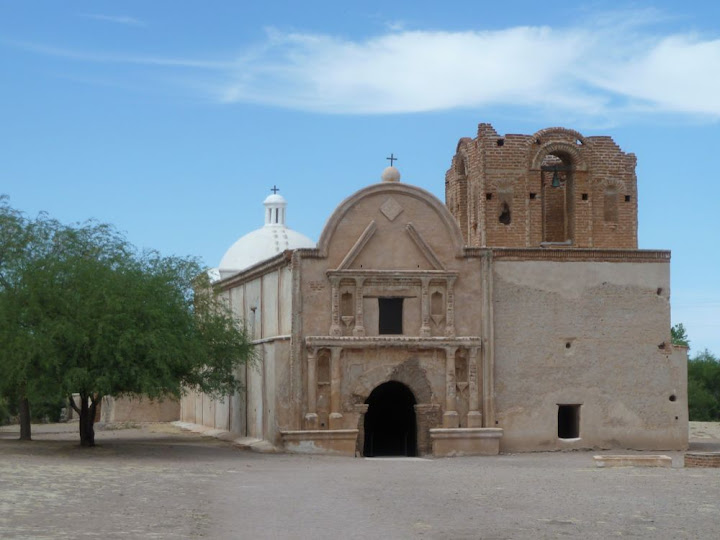 So when the Spanish empire extended north, to the territory of modern New Mexico, priests followed. And when they arrived and saw pueblos, they attempted to add the only thing that was - in their opinion - missing: churches. The materials and technology were different than in Europe: no gothic, not even roman arches here. But the result is impressive nevertheless. Even today, almost half a millenium after the pueblos and their churches had been abandoned.

As deities go, the catholic one is a fickle master. No amount of praying for rain in newly erected churches managed to end the terrible draught. Not that it was unexpected. The area was settled and abandoned many times since people arrived on this continent. It had to be abandoned again. Churches were stripped of the ornate materials and all movables shipped to Mexico. People fled north and west to pueblos less affected by ecology. Churches stood empty among crumbling pueblos until rediscovered and sometimes reused in 19th century. 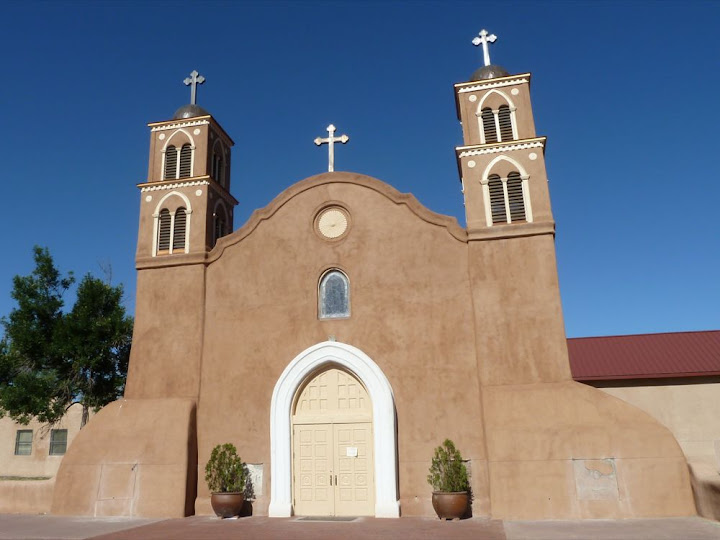 I wonder how many new converts, at least those who did not perish from hunger, were disappointed with their new god. It demanded bigger sacrifices, but turned out to be as ineffective at solving real problems as the native deities. Not that it counts against religion. Unanswered prayers are after all only the evidence of our own weakness. Cathedrals are ultimately built not for gods, but for the believers. Ad maiorem Dei gloriam is just a pitch of well trained salesmen.

But despite ample evidence to the contrary we persist in the belief that imaginary being can avert disaster. Just last month the governor of Texas called upon population to start praying for rain. Maybe the god will answer if they build bigger churches. I am sure Franciscans can be talked into lending a helping hand. Holy Office of the Inquisition can come as a bonus. 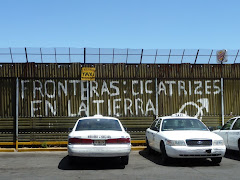 Canada? Germany? Poland? was the sequence Natalia was greeted by a street vendor who was trying to guess which country we were from. We were just across the Mexican border in Nogales and it was a bit surprising that he did not even try US. We decided to take it as a compliment. And we needed the compliment rather badly. Apparently we looked really sick. At least based on the frequency with which random strangers suggested we pay a visit to a pharmacy. Taxi and real Mexican food were also offered regularly but the most frequently we heard an assurance that they had what we were looking for. 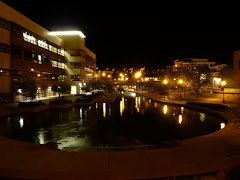 Take one part post-industrial city, one part diverted river, and one part inspiration, work at it for 15 years and voilà: the Riverwalk of Pueblo. In 1995 citizens of Pueblo voted to dig up the original riverbed and surround it with buildings and walkways creating somewhat smaller version of the San Antonio Riverwalk. Not as many fancy eateries as in Texan original, but at least they serve good coffee. And while the result is impressive, there is one ingredient missing: people.