Strange things can happen if you take my home is my castle saying to its logical conclusion. You may not end up living in a castle, but you can certainly spend a bigger part of your life building one. As far as living space goes, castles create more problems than they solve. Big, drafty, expensive and short on modern amenities, like multiple bathrooms and flat screen TVs, a castle is easily outclassed by a McMansion on the corner. As a statement of your independence though castles are in the league of their own. 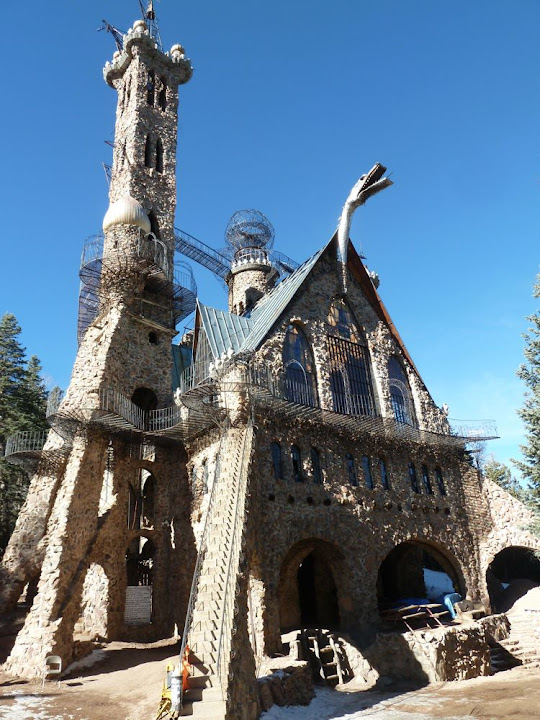 Our guidebook pointed us to Bishop’s Castle: this one-person construction project, the largest in the nation, is [Jim Bishop’s] tribute to the hardworking American Everyman, whose home is their castle. The structure looks eerily like a Disney’s rendition of a medieval castle. And just like in Disneyland it provides ample opportunity for adrenaline rush. Differently than in the theme park though, the danger here is quite real. It takes a mixture of physical flexibility and mental lack of imagination to tour the castle. Staying alive depends on staying away from various openings conveniently located to shorten your earthly existence. Scrambling to the very top is not for the faint of heart. The entire structure, built as a collection of metal cages, swings gently propelled by your motions. Damian and I decide to play the odds with each of us trying just one tower. The only other people who get that high are a group of college guys, who - as science tells us - are naturally predisposed to participate in engineering disasters. And even they are quite visibly shaken taking turns at the top.

It all ends well for us. And it looks like the lack of security does not negatively influence the number of visitors. As we are leaving couple of minivans pull up and release multigeneration families who start snapping pictures and inspecting the structure. The builder and owner Jim Bishop is on site living up to his reputation. We catch a glimpse of him being interviewed by a woman brandishing an iPhone. It sounds like a rant which allegedly Jim does a lot. The one we witness ends with revelations on Christ’s sexual preferences, which probably is quite upsetting to both Christians and homosexuals. 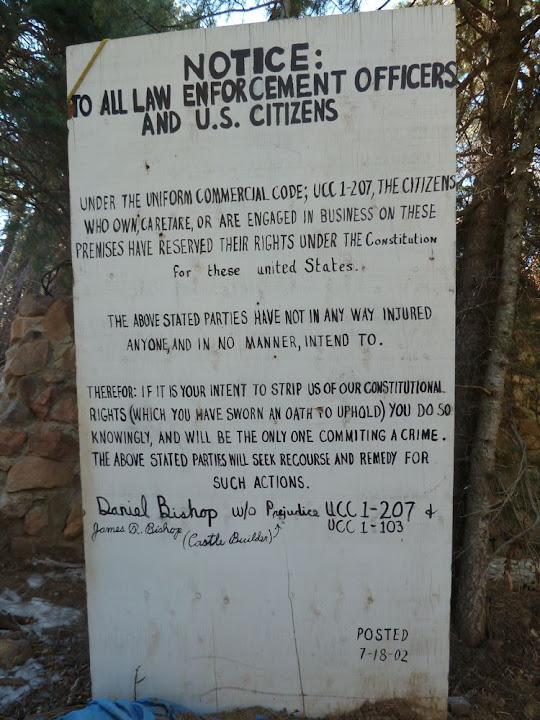 It is rare, especially in US, that attraction doesn’t come with a liability form. In this case the warnings at the site are directed at police and other government agencies. It reflects Bishop’s long struggle to be left alone in his endeavor. He is vehemently anti-government. Refreshingly, any kind of government. Neither Republicans nor Democrats appeal to him.

The castle epitomizes longing for simpler times when America was an empty place open for settlement and government did not attempt to regulate every aspect of citizens’ lives. The times when a person could stake a claim on land and proceed to exploit and improve it in any way he wanted. Those times are long gone, and no amount of tea partying will bring them back. The land remaining in government control is meant to remain public, the buildings adhere to the code and your coffee is served in containers instructing you on adverse effects of hot liquids.

Nowadays we are left to exercise our freedoms in virtual space. After all anybody can develop online estate - a website, a blog, an application - practically for free, without government control or registration. I wonder how long that is going to last.

This is not going to be about venture capitalists or media tycoons. My topic for the day are irritating obstacles created by skiers with explicit purpose of making snowboarders look ridiculous. Not that they have to try very hard. Avoiding bumpy slopes, while possible and in many cases even recommended, is not the way to enjoy snowboarding. Here in Keystone, giving up on bumps and trees means forgoing half of the terrain. The better half. 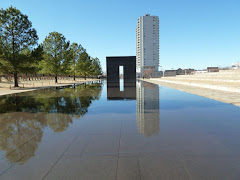